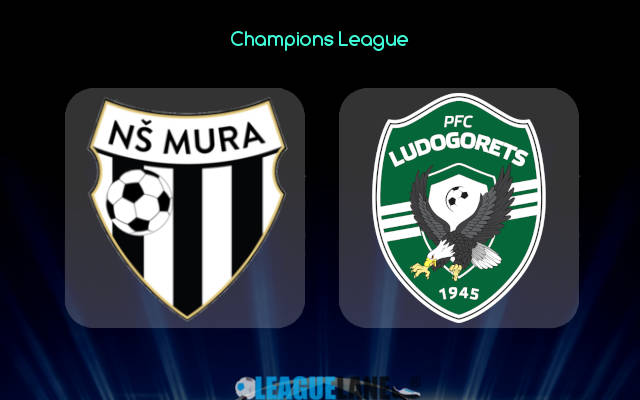 Mura marked their UEFA Champions League debut by scoring six goals past Macedonian champions Shkendija in the opening qualifying round. Can they build on this to pull off an upset against much-more experienced Ludogorets in the second round?

The hosts played in the second tier of Slovenian football just four years ago. They enjoyed the most successful season of their history last year, winning their maiden title in the Slovenian 1. SNL.

Head-coach Ante Simundza continued the fairytale with a superb showing in the reverse fixture of the opening qualifying round in the UEFA Champions League, bagging five unanswered goals against Macedonian champions Shkendija last week.

Nevertheless, the momentum was ruined with a tough 0-3 home defeat to Tabor Sezana at the beginning of the new season in the Slovenian top tier on Saturday.

We should mention that Simundza did rest his key players on the occasion, but it was still a result he by no means wanted ahead of such an important game in mid-week.

Ludogorets were less impressive in the opening qualifying round, but they should go into this match in much higher spirits.

The visitors, who claimed their 10th consecutive Bulgarian title last season, went past Belarusian Shakhtyor Soligorsk 2-0 on aggregate (two separate 1-0 wins) in the previous round.

Nevertheless, they produced a fantastic display in a 4-0 drubbing of CSKA Sofia in the weekend’s Bulgarian Super Cup clash.

Unlike his Slovenian colleague, Ludogorets’ manager Valdas Dambrauskas utilized his strongest squad possible in the mentioned victory on Saturday.

The two outfits did not have an opportunity to meet each other in the past.

Although they did not have much luck in the elite continental competition over the last several years, Ludogorets have a much greater European experience than Mura (practically non-existent). After all, the Bulgarian champions featured the group phase of the UEFA Europa League in the last four years.

For the sake of comparison, Mura have reached the third qualifying round of the UEFA Europa League just once in their history. They are making the UEFA Champions League debut this year. The experience will play a massive factor here and we expect Ludogorets to complete most of the job in the first leg on Wednesday.