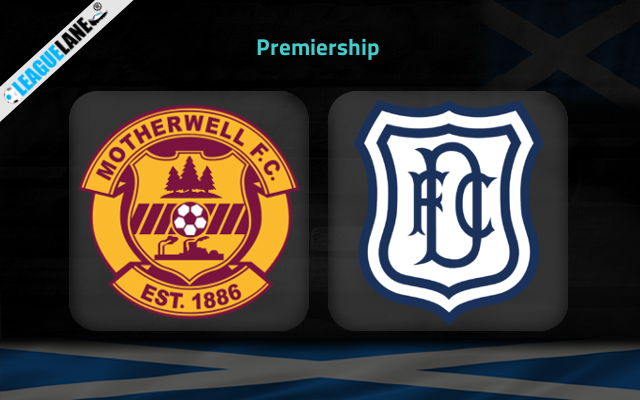 Motherwell sits inside the promotion zone with a total of 35 points. They will be hoping to secure their position as they are just inside the safe zone with a difference of just one point with the 7th spot Livingston. They have an inconsistent form of late.

They are winless since December 2021. They were last seen playing a four goal thriller against the second placed Rangers. The match ended up in a 2-2 score draw. When looking at things, their defence breached in each of their past six league fixtures.

Meanwhile, Dundee FC are not pulling up any trees of late. They have a dreadful form since the beginning of this season and as a result, they are pushed down to the bottom of the table.

There is nothing to count from them when analyzing their recent league outcomes except a win against the third placed Hearts recorded a couple of games ago. However, they are on the back of two consecutive defeats. They will not be entering this fixture with positive spirits.

Analyzing the above stats, we expect a competitive encounter at Fir Park when both these Premiership outfits meet to face each other in the 30th Round on Saturday.

Motherwell have been leaking goals since many games. But we don’t quite see Dundee FC as a team capable of taking the advantage of such a poor defence as they possess an attacking side with lack of potential. They have only scored goals in 4 of their past 15 fixtures across all competitions.

Dundee FC also have a dreadful defence in the league. Adding up everything, we don’t have a single reason to expect Dundee FC on the winning side. Therefore, we are backing Motherwell to seal a win in this fixture.