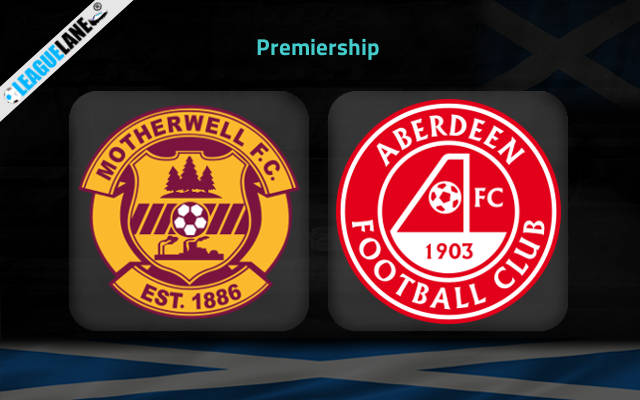 Motherwell will be taking on guests Aberdeen at Fir Park in this Premiership fixture on Saturday.

The hosts are currently at the 8th position in the league standings, at the edge of the safe zone. A positive consistency cannot be seen in their form as they have lost more than half of the games played.

Going on, it will be tough task for Motherwell to get a win from their upcoming fixture. Also, they have been dropping points in their recent Premiership fixtures.

Their only win in their last five games came against the current bottom-spot Ross County. Apart from that win, they scored just 2 goals in the remaining four games. At the same time the number of goals they have leaked is 8.

Although Aberdeen are in an average form at the moment, they will have a great chance to beat Motherwell if they head into this fixture with their current form.

Moreover, Aberdeen supporters will wan a repeat of their previous result, being a 2-0 Premiership victory over Hearts.

Under three goals per game were scored during one of the past 4 fixtures where Aberdeen have been involved. So don’t expect such a low-scoring trend against an outfit like Motherwell.

Don’t expect Motherwell to have any superiority in this game as in the head to head tradition. However, expect them to score a goal past Aberdeen’s average defense.

Going on, Aberdeen’s Macedonian striker Miovski have been scoring a brace in frequent intervals of late. With a team like Motherwell in opposition, expect him to be on the scoresheet anytime.

Taking into account all these observations, expect a victory for the guests Aberdeen on Saturday.