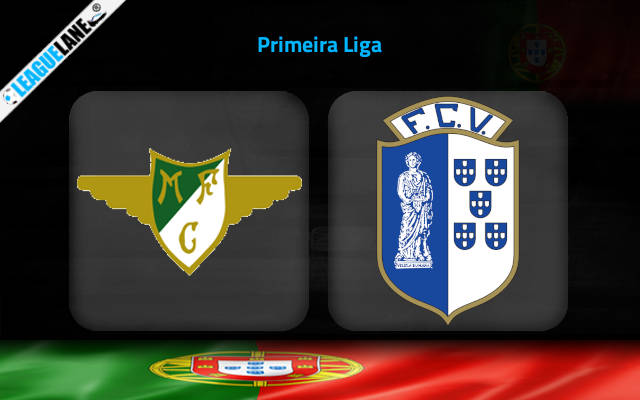 After losing the last 3 games in a row, Moreirense need to win this game at home in order to stay at Primeira Liga. Vizela will be locking horns with the hosts a Parque Joaquim de Almeida Freitas this Saturday.

Vizela is at the 14th spot on the standing with 33 points from 33 games. They won 7 times in the league while drew on 12 and lost on 14 other occasions. The visitors don’t have much to do here as they have escaped the drop zone. They have conceded 54 goals in total and should improve their defensive unit next season.

The visitors earned a creditable 1-1 draw at home to Maritimo to secure Primeira Liga survival for another season. They have been scored against in all of their last 6 games, conceding 9 goals in all.

On the other hand, Moreirense resides at the 17th position on the table with 26 points. Of the 33 matches played, they won on 6 while drew 8 times and lost on 19 other occasions. The home side has one of the worst attacking front this season, netting only 29 goals and as for that, they are now in the spot of Liga Portugal 2 relegation.

Three defeats on the spin after a 1-0 loss at Estoril last Saturday marks the relegation path of Moreirense, whose only hope of survival is snatching the Play-off place away from Tondela above them. Their 2-0 victory over Tondela here last month suggests they have the slightest chance as they welcome Vizela.

Moreirense lost 5 of their last 6 home games and they won only 4 times at home this season considering 16 total home games played. But they won the reverse fixture 4 months back.

Meanwhile, Vizela have lost away from home in their last 2 league games. They are safe for this season and they are not that good in finding results on road.

We could see the visitors’ stepping off of the gas as they want this campaign to end and that’s where the hosts could exploit. We therefore feel that a home win is likely to occur this weekend.