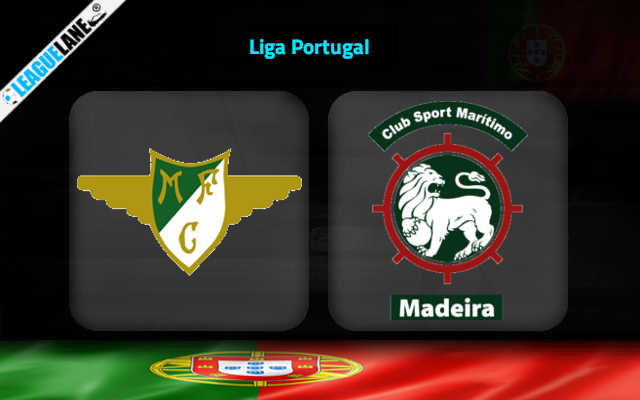 Moreirense will be searching for salvation points on Sunday afternoon when they host mid-table Maritimo in the 25th round of Primeira Liga.

The hosts are second from bottom at the moment in the league table, sitting lock on points with Tondela in the spot that takes to the relegation playoffs and two points behind Arouca in the safe zone.

Moreirense had a great opportunity to enter the safe zone last weekend when Ibrahima Camara missed the 84th-minute penalty kick in a 1-1 draw away at Arouca.

Sa Pinto’s troops generally did not show much in the clash against fellow relegation strugglers, registering only five attempts in total on the occasion.

It is worth noting that Moreirense did play the last 25 minutes of the affair with ten men on the pitch following Fabio Pacheco’s red card.

Maritimo managed to stun the second-placed Sporting Lisbon in a 1-1 draw eight days ago in Funchal.

Offensive midfielder Xadas scored the team’s only goal of the game. Striker Ali Alipour was also on target but his goal was disallowed.

Maritimo have generally been playing tight defensive-minded football of late. They allowed only two goals in the last four Primeira Liga matches and could be a tough nut to crack here for Moreirense who did not thrive in the final third lately.

The Under 2.5 goals FT seems to be the way to go here because of the importance of the match for the hosts as well as the fact that both sides looked decent defensively of late.

Moreirense notched only one goal in the last two league games, while three of the last four matches Maritimo played ended with fewer than three goals. As for the outcome, we see the draw as the most likable of the three and you can back it at the odds of 3.20.