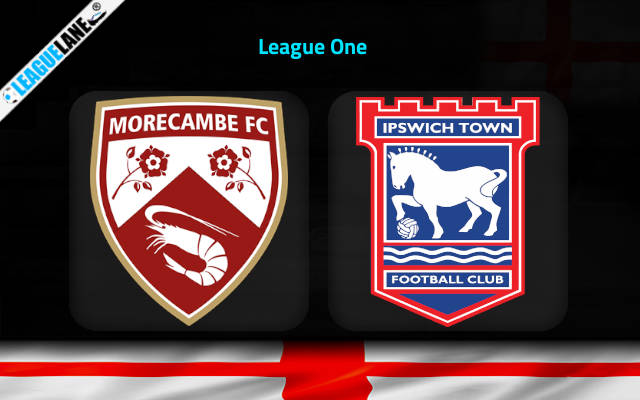 The Mazuma Stadium will witness Morecambe and Ipswich battling it out for three points this Saturday in a league fixture.

Morecambe have not registered a win over the last month. Despite very little separating them in the relegation zone and the 21st position team, the team has not been able to get away from the drop.

They were last seen in a 2-0 defeat away from home against league leaders Rotherham United. The result marked their 3rd loss in five league matches.

Managing to add just a couple of points from their last five league matches, they now sit 21st in the league table, two points behind safety.

Ipswich are yet to suffer a defeat in February but would need to keep this momentum going if they are to give themselves a shot at playing in the Championship next season.

They were last seen in a goalless draw against mid table club Cheltenham. This was their second such result in three games.

Having managed to add eleven points from their previous five league matches, the club is now 9th in the league, needing four points to get level on points with 6th place team Sunderland.

The hosts’ only loss at home this year came in the fixture against 2nd place team Wigan. Therefore, it is unlikely we will see them suffer a huge loss this Saturday and so I have backed them with an Asian handicap.

The previous six League One fixtures at this venue have witnessed goals from both clubs. While their opponents have been involved in fixtures where the BTTS wager has failed often, they should be able to score against a relatively poor defense.