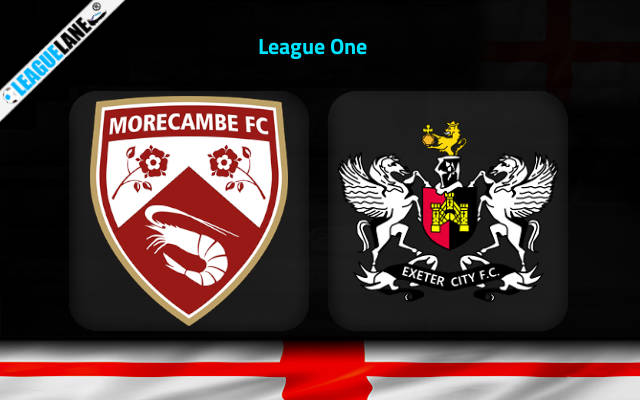 Morecambe are easily one of the worst teams in the League One, and are placed second to last in the table. They are on a long winless run, and are under extreme pressure already. Meanwhile, Exeter are on a far better run, and also have a superior h2h record over this opponent.

They are placed 11th in the table at the moment, and need a surplus of just five points to climb level with the sixth-placed Barnsley.

Not only are they consistently finding the back of the net, but they also have a great opportunity coming up to improve their position in the table.

Most teams just above them are having tough fixtures coming up, and are expected to drop points. And at the same time they are pitted against one of the worst in the league.

In fact, Morecambe have just two wins to their name so far, and are also one of the very few teams to have remained winless in the past five match-days in the competition.

They scored the least number of goals in the competition, and only a handful of squads conceded more than them.

On top of that they also have a rather poor h2h record against this foe over the years.

By the looks of things, expect a win for Exeter this Friday at the Mazuma Stadium.

Morecambe let in two or more goals in all but one of their games in the past month, and they have just two wins to their name in the past two months.

They are also on a poor stretch of performances at home, and let in goals in plenty all along.

On the other hand, Exeter have a perfect winning record in league games this November, barring their match-up against the toppers, Ipswich. They also failed to score just once on the road since August.

As things stand, expect a win for Exeter this Friday.

Tips for Morecambe vs Exeter