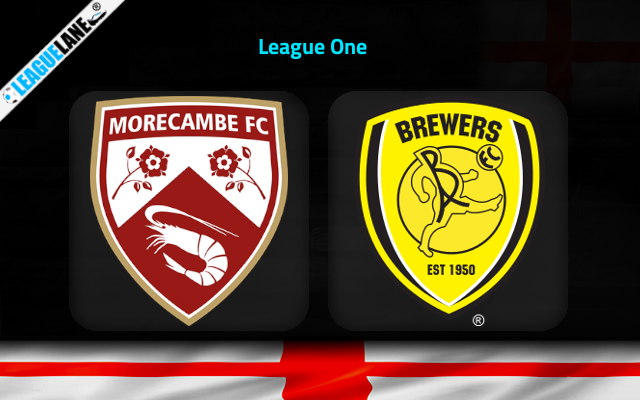 Morecambe vs Burton Predictions and Free Tips from our expert tipsters when the teams go head-to-head in the England League One on Sunday, 1 January 2023.

Morecambe have been delivering displeasing performances since the beginning of this season. They have only won twice in this campaign and are currently at the bottom of league standings.

Meanwhile, Burton is the second worst team in the league and are four points clear from their Sunday’s counterparts Morecambe. With a total of four wins, Burton owns a comparatively better display here.

Burton won three of the last five head to head matches against Morecambe. The reverse fixture had finished in a 1-1 draw.

At this stadium, two of the last three h2h matches between these two had finished in a win for Burton. Over 2.5 goals ft is an often trend here.

Who will win the match between Morecambe vs Burton?

Morecambe have been delivering a set of impressive displays at home lately. They are on a four-fixture unbeaten streak at home. It is worth noting that three of those four outings were draws.

However, Morecambe will have an advantage since Burton have not emerged victorious on the road in the last six games. Therefore, we expect a result in favour of Morecambe on Sunday.

Neither of these two sides are in possession of a decent defensive side. Burton owns the worst defensive line in the whole competition. In that case, we expect this match to have over 2.5 goals ft.

This match is likely to have goals from both ends as neither of these two sides are capable of bagging a clean sheet. In fact, they both have two worst defensive sides in the league.

Morecambe have been recording stalemates at home lately. Draw no bet in favor of Morecambe at 1.90 odds seem to be an ideal pick for the main betting option.

For the second tip, we like to place the both teams to score option at 1.70 odds considering the weak defenses of both.