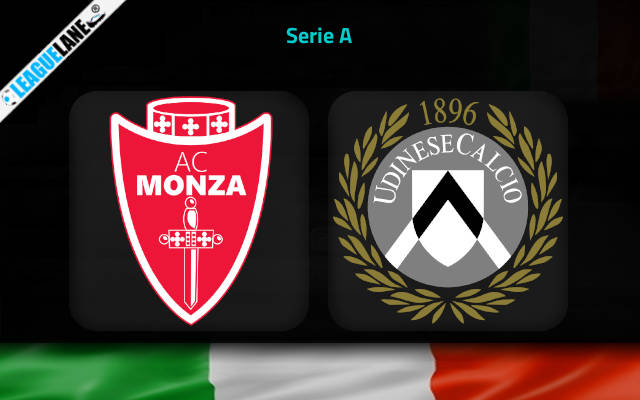 Monza got off to a sloppy start to their debut season in the elite class of Italian football. They sit at zero points from the opening two rounds, following the defeats to Torino and Napoli.

Giovanni Stroppa’s men have thus immediately felt the strength of a higher-division football. They were brutally outplayed by Napoli last weekend at Stadio Diego Armando Maradona.

Monza failed to register more than one shot on target in a 4-0 loss at Napoli five days ago. Luckily for their fans, they will have a much bigger chance of getting the maiden point(s) of the season on Friday afternoon when Udinese come to visit the U-Power Stadium in the first game of the Matchday.

Udinese also started the season in a slow fashion. They suffered a tough 4-2 loss to defending champions AC Milan on the opening day before failing to break the deadlock in a goalless draw to Salernitana last Saturday.

As a matter of fact, Andrea Sottil’s men were outplayed by Salernitana last weekend. They only managed to get two shots on target, allowing their counterparts as many as six on the occasion.

Udinese have been very easy to break down on travels in the previous term of Serie A when they allowed 29 goals in 19 matches on the road.

The fact they shipped four goals in the maiden away outing of the 2022/23 season only boosts Monza’s chances for success here.

Udinese’s back line does not look good at all at the beginning of the season. The team allowed 17 shots in the last weekend’s home clash against the likes of Salernitana, just seven days after shipping four goals at AC Milan.

The hosts will be very motivated to get their inaugural top-flight win and they could have hardly asked for a more appropriate rival for such an accomplishment at this point. We will take the 2.90 odds offered for the home win pick here, while you can also back Monza to score two or more goals on Friday at the 2.50 odds.