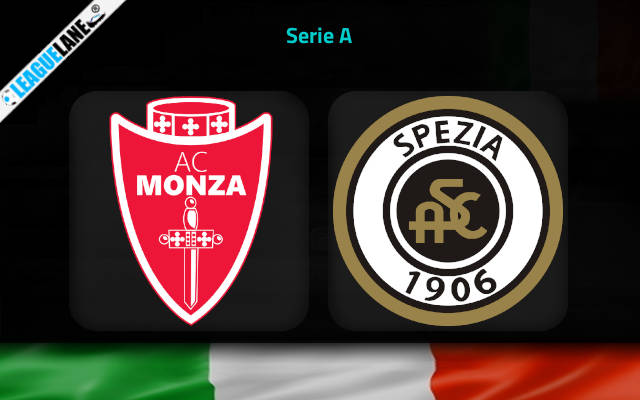 Only one point separates Monza and Spezia this season. They will both go head-to-head this Sunday at Brianteo for Matchday 9 of the Serie A.

The host are making gradual progress lately. They are now on a three-game unbeaten streak. They won their first game of the season by defeating Serie A giants Juventus by 1-0 last month. Following this win, they began this month by defeating Sampdoria by 3-0.

In that game, three different players found the back of the net. Moreover, this is their second consecutive clean sheet in the league.

They have a decent chance to reach within the top ten if they manage to keep this winning streak going. Also, they have managed to score five goals in their last three league outings.

On the other hand, the visiting side began this month by losing to Lazio by 4-0. In that game, Luca Gotti’s side managed to hit the target twice yet they could not score any goals.

The team is at the twelfth position on the table following this result. Moreover, the recent form is riddled with losses for the visitors as they have lost three of their last five matches.

This season the visitors are conceding goals at the rate of 1.88 goals per game. So far they have conceded six goals in their last three league games.

Moreover, it is interesting to note that Spezia have lost half of their matches in Serie A. Do also note that, Stefano Sensi has scored two-goal sin his last three appearances.

Manager Raffaele Palladino deserves a lot of praise as he replaced the previous manager under whom the team were winless since the start of the season. Now, he has helped Monza achieve a two-game winning streak.

Therefore, our prediction is that Monza will win by 1-0 – the odd for this tip will be at 7.00. This is after considering that under the new manager the team are yet to lose a game. Also, they are on a two-game winning streak.

Also, our next tip for this game is that Monza will keep a clean sheet – at 2.50 odd. In the last two league outings, the host have kept a clean sheet. Including one against Juventus.