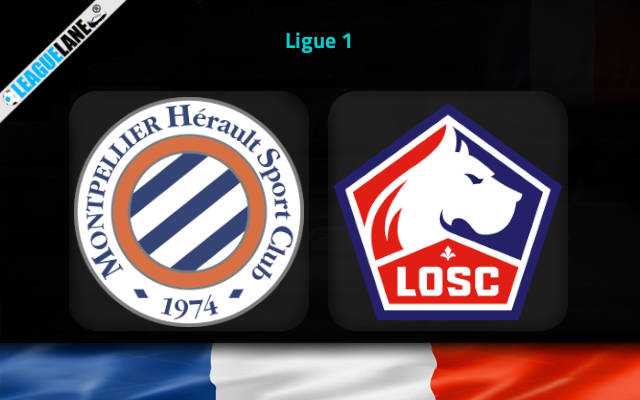 Despite making a quick recovery against the bottom-most side Ajaccio, Lille suffered yet another defeat against Nice. They will now travel to Stade de la Mosson to clash with Montpellier.

The team led by Olivier Dall’Oglio have three wins in their last five matches. Moreover, they are the second-best team in the league in terms of the total number of goals scored – only behind league leaders PSG.

In their last league outing, La Paillade defeated Ajaccio by 2-0. In that game, two different players namely Arnaud Nordin and Elye Wahi entered their names on the scoresheet.

Meanwhile, Les Dogues failed to win their most recent league game. Manager Paulo Fonseca is not pleased about his team’s inconsistency.

In that game, Jonathan Bamba scored the opening goal early in the first half. However, the team conceded two penalties within a span of six minutes. Nice managed to score both the penalties.

Going into this fixture, a win for Paulo Fonseca’s team will take them to the fourth position in the league table.

It is important to mention that Olivier Dall’Oglio and his men have scored a total of nine goals in their last two league games – including a 7-0 thriller against Brest. Not to mention the two consecutive clean sheets as well.

We can expect Olivier Dall’Oglio and his men to extend their current streak of unbeaten games in this upcoming fixture.

Therefore, our prediction is that Montpellier will win this game – at 3.20 odd. This is after considering their excellent form in the league.

Moreover, our next tip for this game is that Over 2.5 goals will be scored – at 1.72 odd. In three of the last five games between both teams, the game ended with over 2.5 goals being scored.