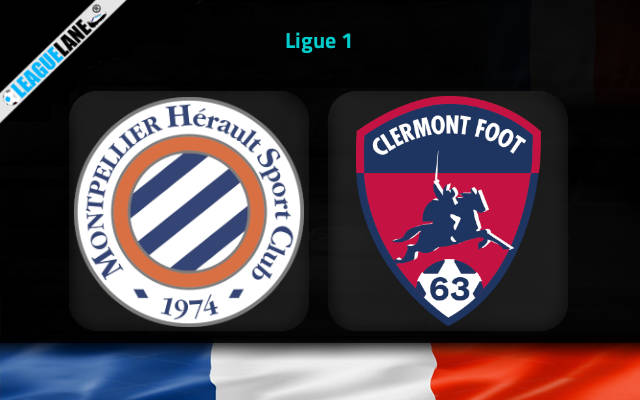 Montpellier are in 9th place with 22 points, and one would think if they could find some more consistency, they would be pushing for a European place this season. Instead, as it stands, they could end up finishing in mid table.

The club recorded their sixth win of the season in their last game as they overcame Metz 3-1 away from home and that was welcomed given that they had lost their 2 games in a row. There is only 4 points between them, and 5th place so there is all to play for and the league standings could greatly change this weekend.

Clermont have plummeted down to 17th place with just 1 point earned from their last 15 on offer. A 4-game losing run was stopped in midweek as they were able to draw with Lens and that game ended 2-2.

Clermont have lost 50% of their games so far and away from home they have the 2nd to worst record in Ligue 1 with just 5 points earned from a possible 24. They are also conceding on average just over 2 goals per game on the road.

Montpellier are clearly the better side and with their latest victory over Metz ending a poor period for the club they will hope to take that win back home and win again. The players will certainly feel confident coming into this match.

Clermont have been poor, but they are a team who stick to their beliefs and are not afraid to play attacking football, they still like to entertain. For that reason and when we look at the history of both sides, we will back both teams to score.

But Montpellier should be nailed on to win this match and their price of 2.10 (11/10) should be snapped up, it could be the best value this weekend in Ligue 1.