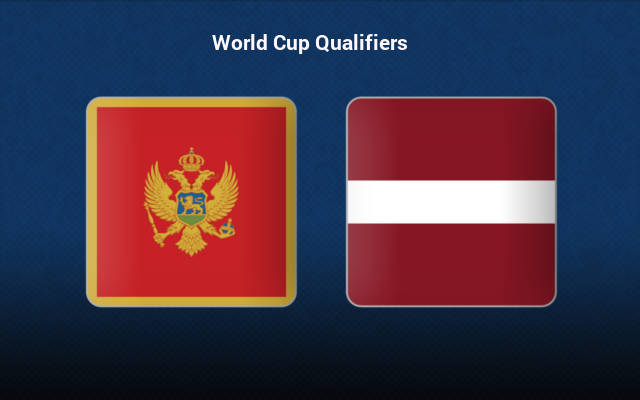 Montenegro are still in hunt for a qualification spot to the World Cup, but they will have to perform well in the remainder of their campaign. They have a great h2h record against Latvia, and are also ranked much higher than them by FIFA. Likely, expect a win for the former.

As of now, Montenegro are 67th in the world, 69 spots above that of their counterparts for the day. Moreover, they are also fourth in Group G, trailing just three points below the second-placed Netherlands.

And since the Dutch are pitted against toppers Turkey this Tuesday, there’s an opportunity for Montenegro to climb higher up the table.

In the meantime, Latvia have a 100% winless record all through this campaign, barring a single win – and this lone victory had come against the dead-last placed Gibraltar.

Going on, they also have a poor h2h record against this rival, and have conceded in plenty in the process.

By the looks of things, expect a win for Montenegro this Tuesday.

Montenegro had lost 4-0 on the road the last match-day, against Netherlands. In the meantime, Latvia lost 0-2 at home against Norway.

Going on, the Montenegrins were unbeaten in 12 of their past 16 overall fixtures, and they have also lost just thrice at home in the past two-year period.

On top of that, they have a 100% unbeaten record in h2h meetings, and they are also going after a podium spot this Tuesday, with a win.

On the other hand, their counterparts were winless in 43 of their past 50 games, which stretches back to 2016. And in the past five-year period, they have won just twice on the road.

By the looks of things, expect a win for Montenegro.

However, their defense has not been great lately, while Latvia have failed to score just once in their former nine road trips – and it was against Netherlands.

Taking into account these stats, expect goals to come from both sides of the pitch this Tuesday.