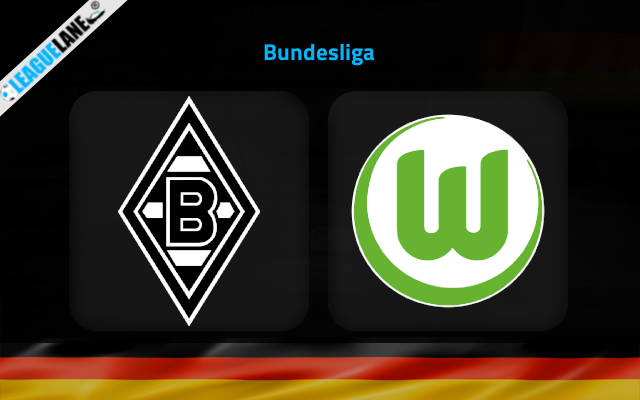 Both Borussia Monchengladbach and Wolfsburg are having underwhelming campaigns in this term of Bundesliga.

They sit right next to each other with one point between them in the bottom half of the Bundesliga table.

The red zone is only four points away from the 13th-placed Monchengladbach, which best describes the horrendous season they are having.

Both outfits suffered defeats going into their head to head clash on Saturday afternoon at Stadion im BORUSSIA-PARK.

Monchengladbach clearly do have problems with keeping the concentration and motivation after conceding a couple of goals.

They’ve suffered the second 0-6 defeat in the recent period last weekend, falling this time away at Borussia Dortmund.

Adi Hutter’s men are generally not quite capable ofd keeping things quiet defensively these days. They allowed two or more goals in five of the last six outings across competitions.

Wolfsburg notched seven goals in the last three league affairs and they have the capacity of exploiting these holes in Gladbach’s back line.

Wolfsburg fell 1-2 at home to Hoffenheim after conceding a couple of late goals in the second half, but they generally offered a decent showing overall on the occasion.

We can thus say the visitors will enter this match in a somewhat better mood having won two of the last three league games.

However, Wolfsburg also lost five of the last six away matches in all competitions without scoring a single goal in any of these five defeats.

This is a tough game to call because neither of the two outfits have been thriving of late. Borussia Monchengladbach lost four of the last five home outings, while Wolfsburg lost five of their previous six away matches.

We will shoot for the draw at the 3.50 odds, while the 1.66 odds offered for goals at both ends seem reasonable knowing that both teams have been conceding goals with ease lately.