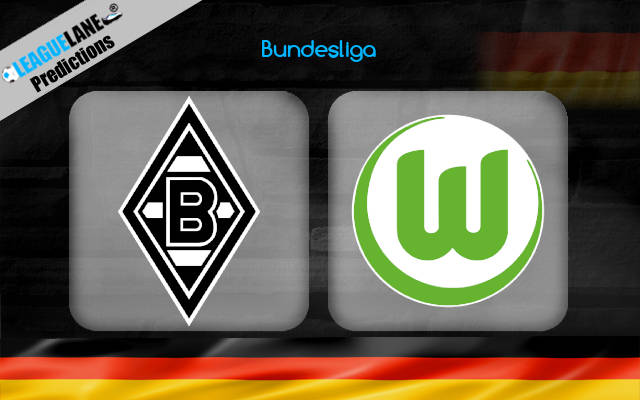 The Foals had been pretty consistent throughout the whole 2019-20 season, which saw them finish in the fourth spot and thus secure a ticket to the Champions League. And it seems that they have carried over that streak to this new campaign as well.

Disregarding their sole loss against Dortmund, the team has now remained unbeaten in all competitions. And to top it off, they had also comprehensively beaten this opponent with a 3-0 scorecard, just three months back.

On the contrary, the Wolves are still searching for their first win in the league this season, and they have so far scored a total of just one goal in this whole campaign.

As such, examining the form of both teams, and the recent h2h domination, it’s inferred that Borussia Monchengladbach has the upper hand.

The Foals recorded a 1-3 win on the road the last match-day, against Koln. Meanwhile, Oliver Glasner’s men were held to a goalless draw at home by Augsburg.

As things stand, Rose’s men have the edge. They have lost just once in the past four months, and this sole loss had come against none other than Dortmund.

They were also one of the best teams the last season in the competition, and had secured an entry into the UCL with an emphatic fourth-place finish. On top of that, they also have lost just thrice in total at this venue over the past 13-month period.

And note that these three defeats had come against Der BVB, Leverkusen and against Basaksehir in the Europa League.

On the other hand, their counterparts are winless in the league so far, and their only two wins on the road in the past four months have come against teams from inferior leagues – eg: Kukesi and Furstenwalde.

Going on, the Foals also have a superior h2h record against this rival over the years, and especially so at this stadium. Likely, expect Monchengladbach to be the better team on the pitch this weekend.

Still, understand that the Wolves are no laughing matter. They did finish seventh in the league in 2019-20, thus qualifying for the Europa League. They also have failed to score goals just once on the road in the preceding four months – against Shakhtar, in the EL.

Furthermore, Rose’s men have a single clean sheet this whole season (in the DFB Pokal, against a team from the lower division) and are still searching for their first clean sheet at home. And finally, majority of h2h match-ups have had ended with goals from both teams.

As such, expect the BTTS bet to bring good returns this weekend.