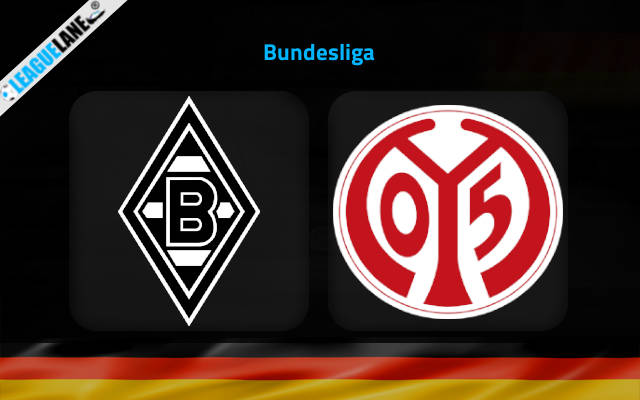 Monchengladbach and Mainz will drop the curtain on Gameweek No 5 in German Bundesliga on Sunday afternoon when they take on each other at Stadion im BORUSSIA-PARK.

The hosts will enter the tie in higher spirits having avoided a defeat in the away clash against the reigning champions Bayern Munich.

Yann Sommer had an amazing game last weekend at Allianz Arena. The Swiss keeper was the main catalyst to his team’s result against the mighty Bavarians with phenomenal saves during the entire course of the game.

Monchengladbach are now unbeaten in four successive league outings at the start of the season. They have two wins and draws apiece ahead of this fifth round fixture against Mainz.

The match with the O-Fives provides the hosts a nice opportunity to maintain this positive streak, especially if we know that the visitors will come into the outing off the back of a tough 0-3 loss to Bayer Leverkusen.

Mainz offered their weakest performance of the season by a mile seven days ago when they shipped three first-half goals while being pretty much toothless in the final third at the opposite end.

The team led by Danish manager Bo Svensson had previously opened the season with two surprising away wins over Bochum and Augsburg (1-2 each).

We say surprising because Mainz had a dismal record of 3 wins, 2 draws, and 12 losses in 19 league games on the road in the previous term of Bundesliga.

Monchengladbach have a perfect record at home with the wins over Hoffenheim and Hertha Berlin in the process.

We fancy the hosts to get the third on the spin here against Mainz who will enter this tie in much lower spirits after the tough 0-3 loss to Leverkusen eight days ago. The value is great with the home win pick at the 2.10 odds.