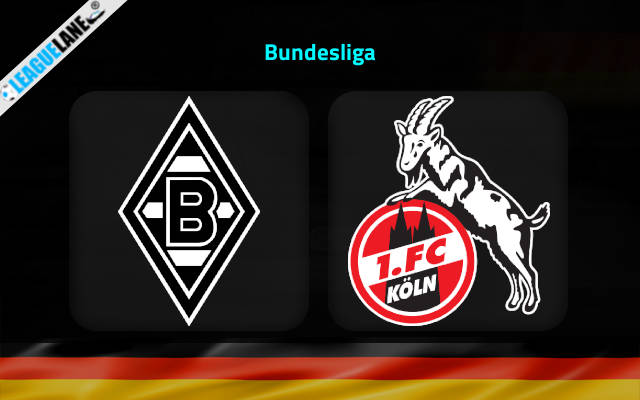 Koln are in decent form this season. They are on a two-game unbeaten streak. This Sunday they will host rivals Monchengladbach, at Borussia-Park for Matchday 9.

The host suffered a heavy 5-1 defeat against Werder at the beginning of this month. In that game, Marcus Thuram scored a consolation goal in the 63rd minute of the game.

It is interesting to note that in that game, both teams registered an equal number of shots on target, but the current host only managed to score once.

The team is at the ninth position on the table following this heavy defeat.

On the other hand, Koln are unbeaten in their last two league outings. Most recently they had faced Bundesliga giants Borussia Dortmund and the game ended in a 3-2 victory for Steffen Baumgart’s side.

It is worth knowing that in that game all three goals were scored in the second half of the game.

They are seventh in the league with only two points below the top four. Moreover, the visitors have scored four goals in their last two games.

If Steffen Baumgart’s side manage to win this fixture, they will enter the top four on the table.

It is worth knowing that the host have kept a clean sheet in two of their last three outings. However, they conceded five goals in their most recent game.

Meanwhile, the visitors are have scored four goals in their last two games. Do also note that they have only lost a single game so far this season. They share this record with league leader Union Berlin.

Therefore, our first prediction is that Koln will win with Over 2.5 goals – at 2.75 odd. This is after considering that the host are on a two-game winning streak. Also, they have scored at least three goals in their last two matches against this side.

Also, our next tip for this game is that Koln will score maximum goals in the second half – at 2.50 odd. In the last two league matches, the visitors have scored after the 50th minute of the game.

Koln will score maximum goals in the second half @ 2.50.