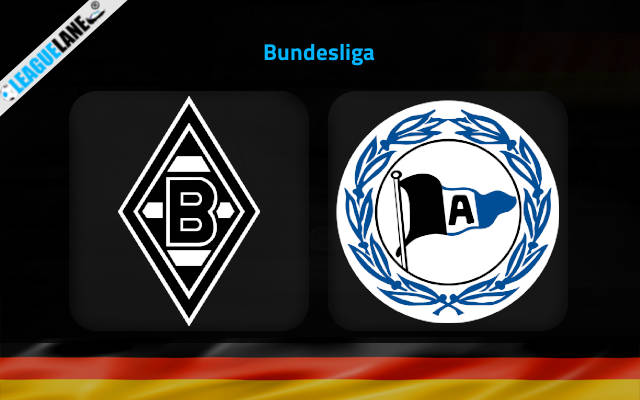 Monchengladbach and Arminia Bielefeld will drop the curtain on the Matchday No 4 in Bundesliga on Sunday evening at Stadion im BORUSSIA-PARK.

Both Borussia Monchengladbach and Arminia Bielefeld will be looking for their first wins of the 2021/22 Bundesliga season when they come across each other in the fourth round of the competition.

The hosts began the season in a fantastic fashion, holding the champions Bayern Munich to a 1-1 draw in front of their fans.

Nonetheless, the team led by the former Eintracht Frankfurt manager Adi Hutter failed to back up such a result, falling to the likes of Bayer Leverkusen (4-0) and Union Berlin (2-1) in successive games on the road.

Hutter thus has plenty of reasons to be worried about his club’s defensive displays. The team’s attack does not lack creativity as M’gladbach created a number of great chances in the mentioned defeat to Union Berlin before the international break.

The efficiency might be an issue, but the clash with Arminia Bielefeld (who barely saved the elite class status last season) does come just at the right time for the hosts to finally get themselves on the board.

Bielefeld will travel to Stadion im BORUSSIA-PARK off the back of three subsequent draws, none of which has produced three or more goals.

The hosts will be under huge pressure after clinching just one point from the opening three rounds. We would normally back them to beat Arminia at home, but the value is just not there at the 1.44 odds, especially if we know that the visitors are yet to suffer a defeat this season.

Bielefeld’s back line allowed only two goals in three inaugural Bundesliga rounds. We would not be surprised to see the visitors getting something out of this one. The 2.62 odds offered for Arminia to leave Stadion im BORUSSIA-PARK undefeated look just too tempting for us.