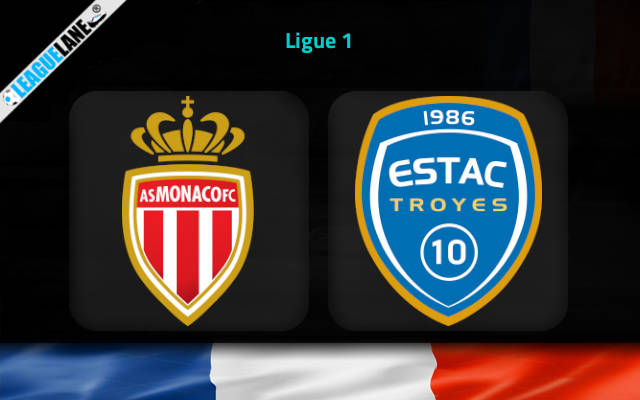 The Monégasques were celebrating when the full-time whistle was blown in Le Parc des Princes on the last match-day. They managed to snatch one point against the star-studded PSG.

Now Philippe Clement’s team will turn their attention towards matchday 5, as they will host Troyes at Stade Louis II this Wednesday.

Philippe Clement’s side is currently in the twelfth position in the league table. Losing only once in their previous four league outings.

A new trend has started this season for the Monégasques. In the league fixtures, we have seen that teams such as Strasbourg, Rennes, and PSG are yet to beat Monaco. If this new trend seems to go uphill, Philippe Clement and his boys will most likely secure their spot in the European competitions.

Meanwhile, Troyes are struggling in the league. Bruno Irles’ side has only managed to win a meagre three points out of a possible twelve this season. The team has conceded eleven goals in their last four league outings.

Following two consecutive defeats in the league campaign, the ESTAC turned things around in their most recent league outing. The team won its first game of the season as they defeated Angers 3-1.

It is also the first time this season for the ESTAC, that three different goal scorers found the back of the net in a single game.

Bruno Irles’s side has won only one fixture in the league so far. The team is conceding goals at the rate of 3.33 goals per game. It is worth knowing that Troyes are yet to draw a single match this season. This shows that a win for the Monégasques will most likely occur.

We predict Monaco to win this match with Asian Handicap of -1.5 – at an odd of 1.980. This is considering that Troyes were on a three-game losing streak until matchday 4. Moreover, you can also bet on the Over 2.5 goals for the host- the odd for this tip will be at 1.53. As in the previous five fixtures both teams have scored Over 2.5 goals.