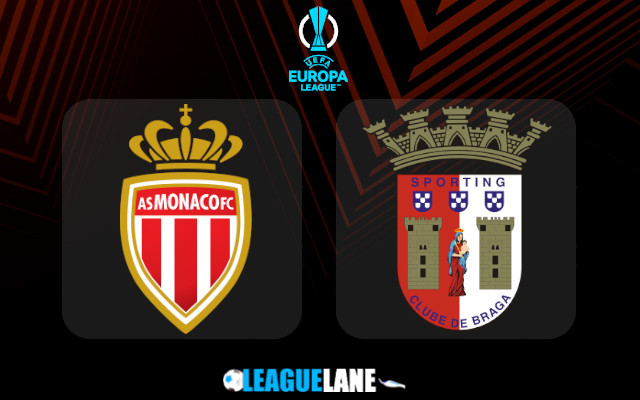 Both Monaco and Sporting Braga significantly halted their respective pushes for the UEFA Champions League football next season after narrow defeats in their domestic leagues at the weekend.

Monaco fell 1-0 at Strasbourg on Sunday in what was one of their weakest performances on the season.

It was certainly the worst displays from Les Monegasques since Philippe Clement took charge. Monaco failed to register a single shot on target at the weekend at Stade de la Meinau.

Clement’s troops are now nine points below Lille in third place of the Ligue 1 standings. They will also face a very difficult task in an attempt to annul a two-goal deficit from the first leg of this UEFA Europa League last 16 round tie against Sporting Braga.

The Portuguese outfit were on the brink of European elimination in the R32 after losing the first leg to Sheriff Tiraspol 2-0 on Moldovan soil.

Nevertheless, they managed to rebound and nick an extra-time win in the reverse game at home.

Carlos Carvalhal’s men now have a two-goal advantage in the tie with Monaco, courtesy of goals at the start and at the very end of the first match at Estadio Municipal de Braga.

However, it is important to mention that Braga have also suffered a 0-1 loss on Sunday, falling to Gil Vicente to practically lose all hopes of catching Benfica or Sporting Lisbon in the battle for the second position in Primeira Liga.

The home court advantage will play a big role for Monaco here as they have generally been struggling to perform on travels throughout the entire season. They weren’t the worse team in the first leg of this tie either as it could have all gone the other way had Wissam Ben Yedder’s first-half equalizer been allowed.

Punters who prefer safer options can back Monaco to win at the 1.55 odds, while we will also try with the hosts to win by two or more goals difference at the 2.35 odds.