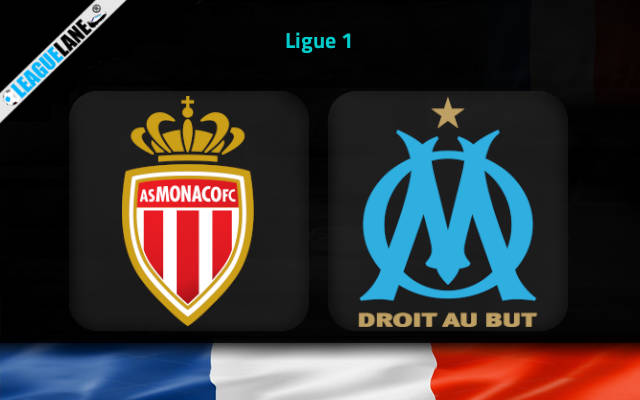 Marseille might be in possession of the fourth spot at the moment, but they are going through a very worrying streak at the moment – and especially so on the road. Meanwhile, Monaco are in superb form – particularly at home.

They are placed fifth in the table at the moment, and they need a surplus of just one point to climb level with the third-placed Rennes.

They are level on points with their counterparts for the day, who are placed fourth in the table. And as such, this is a great opportunity for them to consolidate their position in the top-four.

Monaco are previous champions of the French top flight, and lately they have been one of the best teams at home.

In fact, the last they experienced a defeat in a league match-up at this venue was back in August. And all along they scored goals in huge numbers.

In fact, they recorded a 4-1 win at home against Red Star Belgrade in the Europa League the last match-day, and before that they registered a 2-0 win against Angers in the Ligue 1.

Meanwhile, Marseille have a single win to their name in the past one month, and barring one other draw, they have a perfect losing record in the period.

Moreover, they let in two or more goals in their last two road trips, and their latest league win on the road came back in September.

By the looks of things, expect a win for Monaco this weekend.

Monaco scored eight goals from their last three matches, and they won all three fixtures too. Also, their only loss in the Ligue 1 since August came against former champions Lille.

In addition, they are also on a superb run at home lately, and managed to find the back of the net in plenty in such games too.

On the other hand, Marseille seldom registered wins in the past two months, and particularly on the road they have been a mess.

Moreover, they have a poor record in recent h2h clashes too.

By the looks of things, expect a win for Monaco this Sunday.

Tips for Monaco vs Marseille