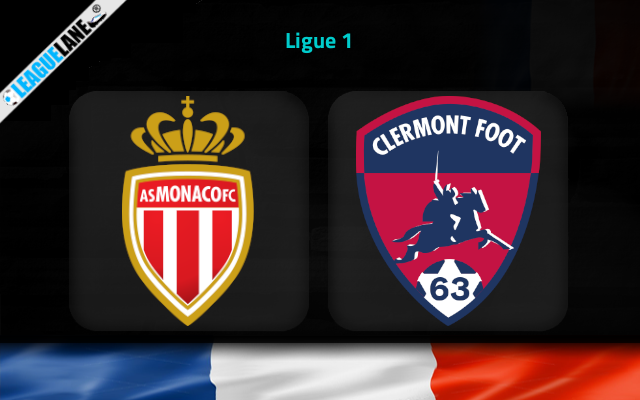 Monaco are placed in the 5th place of the French topflight and it is majorly due to their offensive line which contributed well to their positive outcomes in the league lately.

They are currently on a 5-fixture winning streak in the league and had scored a total of 12 goals in the process. Their immediate objective wold be to make a push to get into one of the top tier spot.

It seems that they have a great opportunity to pave their way in the next fixture. They are pitted against an inconsistent Clermont Foot.

Clermont Foot won half of their fixtures and is at 8th position in the table. It is worth noting that their defensive line had allowed goals in each of their previous 3 league fixtures.

Monaco has a defensive steel that is as weak as Clermont Foot’s preventing line. Therrfor, we can expect goals from both sides on Sunday.

Clermont Foot is not in a good form on road trips at the moment. They don’t have any stats to put forward against Monaco from their away outings. The victory claimed against freshers Ajaccio in the last match is not going to give them any spirits too.

On the other hand, Monaco has an attacking line consisting of Ben Yedder who have been there in the score-sheet irrespective of the competition he appears.

For these reasons bookmakers have priced Monaco to win at just 1.30 odds. However, we back Monaco to Win & Both Teams to Score bet at the 2.87 odds while expecting Ben Yedder to Score Anytime at the 2.20 odds.