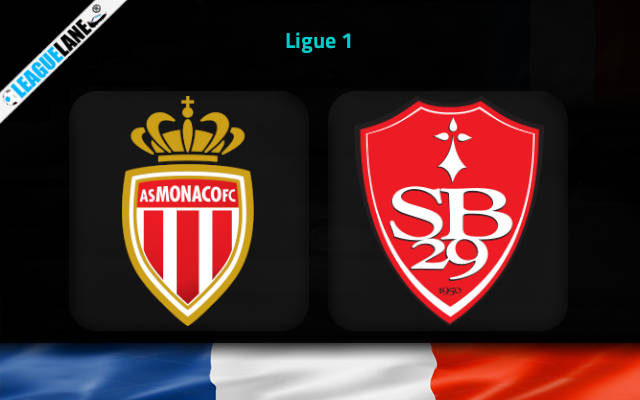 Winning the last 8 Ligue 1 games in a row, Monaco hopes to do more of the same as they invite the mid-table Brest to Stade Louis II this Saturday.

AS Monaco is at the 3rd spot on the standing with 65 points from 36 games. They won 19 times in the league while drew on 8 and lost on 9 other occasions. The home side is currently in the Champions League qualification spot and they need 4 more points to overtake Marseille to reach second where they could automatically get to UCL group stage.

Monaco are hoping to win again following the 2-1 Ligue 1 success against Lille. They haven’t been able to stop scoring goals, hitting the target on every one of their last 6 matches. The home side have seen bagging an aggregate of 14 during that time.

On the other hand, Brest is at the 11th position on the table with 48 points. Of the 36 matches played, they won 13 times while drew on 9 and having lost on 14 other occasions. The visiting side doesn’t have anything to fight for as they won’t be getting a European spot nor they would fall into relegation at this point.

Brest will be wanting a better result here following the 0-1 league defeat in their last game at the hands of Strasbourg. In the course of their last 6 matches, Michel Der Zakarian’s men have seen their efforts on goal rewarded a total of 7 times, earning them the goals scored per game average of 1.17.

Going into this clash, Monaco won in their previous 4 league matches at home while maintaining 3 cleansheets on the back. They also come here on the back of 8 consecutive league victories.

Meanwhile, Brest haven’t won against Monaco when they have played them away from home in the previous 2 league matches. They have won only 6 away games this season considering 18 games played on road.

By the looks of things, expect a victory for home team this weekend.