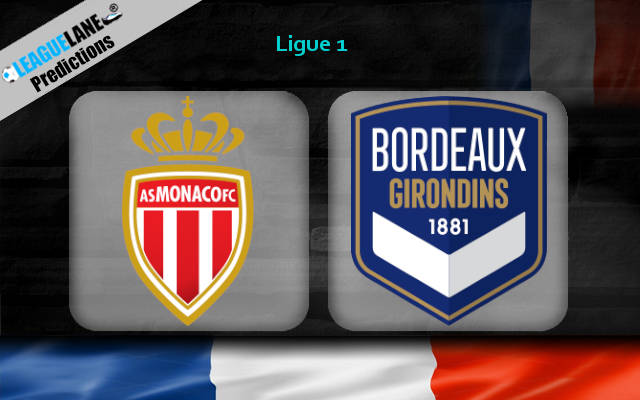 Monaco have gone their last 3 games without a win and have slipped to 12th place and are now 7 points behind the league leaders PSG. This is disappointing for the club who wanted to challenge this season and had started fairly well. They come into this game with just 1 win in their past five but will fancy their chances to get a victory here.

Last weekend was a disaster for the club who lost 4-1 at Lyon and that game seemed to underline the difference in quality from title challengers to pretenders. Still a win at the weekend could see the club climb up to 8th place or more depending on results.

Bordeaux are in 9th place and have a point more than their hosts. Last weekend they overcame Nimes winning 2-0 and their form has improved losing just once in their last four games.

However away from home they have played 3 games and lost their last two against Marseille and Lens. Their only victory on the road so far has come against Angers and that was back in August.

Monaco vs Bordeaux Head to Head

The clubs drew 1-1 the last time they met in the league at Stade Louis II.

The last 4 league meetings has seen both teams to score.

From the last 8 meetings played at Monaco, Bordeaux has just 1 win and the last time they claimed victory here was back in 2016.

Monaco have been going through a tough time and if this match was away we wouldn’t be backing them. But they are overdue a win and have a fantastic record over Bordeaux so we will be backing them to get the three points.

Bordeaux are a tough team and will have plenty of chances and that is why we think backing both teams to score is a solid choice.

Monaco have some of the best players in Ligue 1 and they must prove themselves and start picking up points at home, this is the perfect opportunity for them to do so.