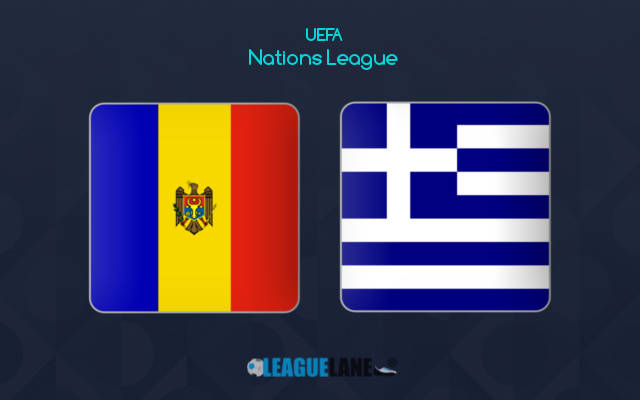 Not only Moldova has been winless in the UNL fixture so far this season, they have also lost their last three clashes in a row, giving away a clean sheet in each. They will host after a 0-4 loss at home against Slovenia in the last UNL clash in their schedule.

Greece has been unbeaten in their UNL fixtures until now, with 2 wins and 2 draws. They have conceded only one goal in the league so far this season. They will visit on the back of a goalless draw with Kosovo in the previous UNL encounter.

It has been 14 games since Moldova has won a game in any of the major competitions in their schedule this season. Only two of those 14 fixtures have ended in a draw, and only three of them have seen both teams score in it.

Moldova has lost their last three fixtures in the UNL, which is why backing the away side will probably be the ideal choice in the upcoming match. Besides, the host has no use of their ground advantage in the game, as they have scored only one goal so far after four appearances in the UNL.

Greece has been a strong contender in the League C group this season. The visitor has been unbeaten in all their UNL clashes so far this term. Since they are visiting on the back of a draw, we cannot expect a high-scoring affair. But the reverse fixture with Moldova earned them a 2-0 win.

So, the tip for over 1.5 goals will probably be the best bet for the punters. The away win in full-time will also come in handy for the punters in the encounter to yield decent returns considering the home team’s form in the tournament.