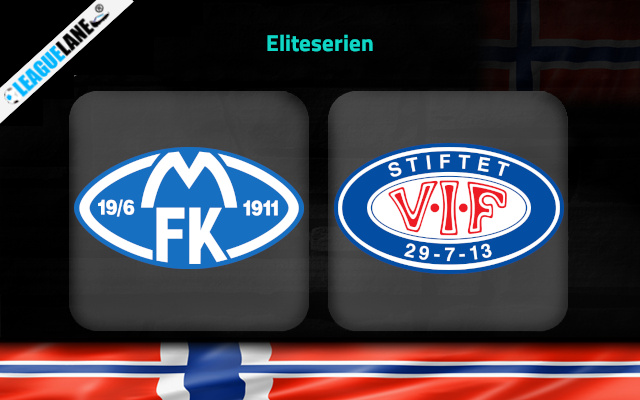 Molde will play their first match of the season against Valerenga in their home ground on Saturday.

Molde played their last match against Sarpsborg 08 in NM Cupen. Molde scored two goals in the match while the opposition could score none, ending the match with 2-0 FT score.

Molde is one of the top contenders of Eliteserien. They finished second on the league table with 60 points from their matches. From the 30 matches the team played, they got eighteen wins, six draws and six losses.

Valerenga had played moderately well in their matches last season. From the last ten matches, the team had five wins, three draws and two losses. Their performance place the team on the 7th position on the league table with 45 points from the 30 matches.

Valerenga played their last match against Hacken in club friendlies. The match was a heated one, ending in a draw with both teams scoring three goals each.

Valerenga’s previous matches in Eliteserien had ended with good results for the team. They had lost in only two of their last ten matches and had played well throughout the season. However, their opponents, Molde, have also played well in their league matches. They have not lost in the last five of the matches.

Molde also has the advantage of playing in their home ground. They had lost in only two of their home matches last season. Valerenga’s away matches have not produced the results they had hoped for. They have only one win to show from their last ten road trips.

Molde has performed better than Valerenga in the last season and they are more likely to start the season with a win. Both teams have scored in their recent matches and Molde has scored over 1.5 goals in the matches as well. So, we can expect the match to end with over 2.5 goals.