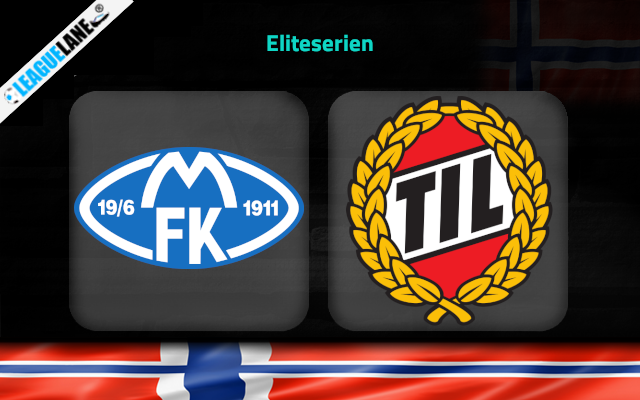 Molde had a decent start to this season. They maintained the same further by sealing unbeaten outcomes in a frequent rate to occupy the second spot of the table. Therefore, they will be hoping to secure their spot by sealing more three pointers further.

Molde recorded a 1-1 draw against Jerv at home in their most recent league fixture. With that draw, they are now following a streak of eight unbeaten games in the league. They will only have highest of spirits following such a strong set of recordings.

Meanwhile, Tromso had an average start to this season. They have been maintaining the same till now. However, they seems to be bettering their form of late and we can see them recording some unbeaten outcomes. Their offensive side looks average while their defensive line-up seems to be disappointing.

Tromso recorded a 2-2 draw on road against Sandefjord in their most recent league fixture. With that draw, they are currently having a streak of seven unbeaten games in the league. They will be hoping to extend it by snatching a three pointer from their next outing.

The home form of Molde looks impressive enough this season. They are following a streak of four unbeaten games at home lately. Three of them were motivating wins too.

On the other side, Tromso is following a thread of unbeaten games on road at present. They are unbeaten in each of their past six on road affairs across all competitions.

By the looks of things, we expect an interesting affair between these two. Considering the head to head form and the home advantage of Molde, we back them to end up sealing a three pointer.