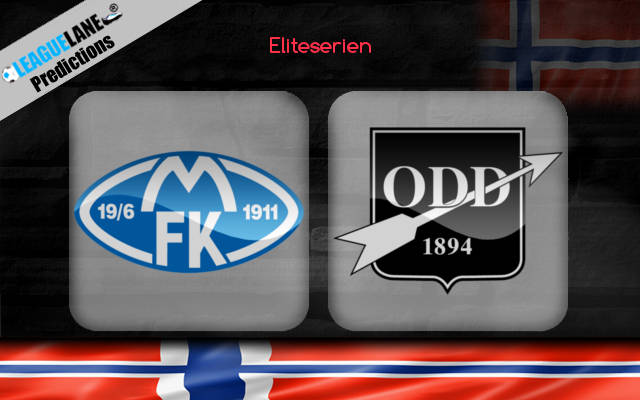 Molde will be looking to bounce back from a shocking 3-4 defeat to leaders Viking on Wednesday evening when they play host to Odd at Aker Stadion.

Erling Moe’s men had a three-goal advantage four days ago against Viking but they managed to drop it an eventually lose 3-4 on the occasion.

The decisive moment of the game happened just at the hour-mark when Molde’s center-back Benjamin Thiedemann Hansen got sent off.

Since then, Viking scored three goals to complete turn the game around and claimed their fifth win of the season (in six matches).

Molde have thus won just two of the opening five matches of the season. The tough schedule certainly did play a part there.

The clash against Odd is very much a winnable one for Moe and his troops. They have kept their net untouched in two of the last three games across competitions despite facing the likes of Rosenborg, Bodo/Glimt, and Viking in the process.

The mentioned result against Viking was thus an anomaly and we expect the hosts to bounce back in style here against Odd.

The visitors have six points from five matches so far in the season. They have lost both away outings so far, without bagging a single goal along the way.

Odd will travel to Aker Stadion off the back of three defeats in the previous four Eliteserien Matchdays. The latest came on Sunday afternoon when they fell 1-0 away at Sarpsborg.

Molde are already seven points behind Viking at the top of the standings. They can ill afford another slip-up even this early in the season. The quality is certainly on their side here (the H2H record is a big indicator) and we expect them to ease past Odd on Wednesday evening.

You can back the hosts to win by two or more goals difference at the odds of 2.10, while Molde are also 2.75 to win to nil.