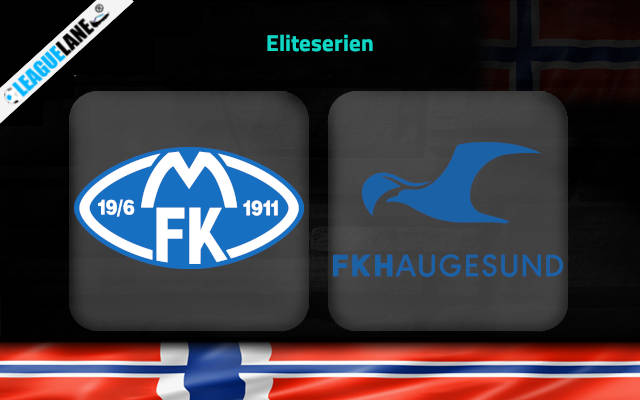 Matchday 14 of Eliteserien is set for this weekend as the table topper Molde play host to Haugesund where both these sides differ by 17 points but are separated by 12 places. These two teams will be seen clashing at Aker Stadio, this Sunday.

Molde is at top flight in Eliteserien with 30 points from 14 games. They won 9 times in the league while drawing thrice and losing on 2 other occasions. The hosts have scored 28 goals in total while conceding a sum of only 13 which shows how profound their defense and offense lineups are.

The hosts will want to continue from where they left off last time out with an impressive 5-1 Eliteserien victory over Tromso. Over their last 6 matches, Molde have seen their defense breached in 5 of them while they also managed to get into the scoreboard from the same.

On the other side, Haugesund resides at the 13th position on the table with 13 points. Of the 14 matches played, they won 3 times in the league while having drawn on 4 and have lost on 7 other occasions. They are tally on points with Tromso who are in the relegation zone, so they urgently need to take few points to stay alive.

In their last game, Haugesund drew 1-1 in the league match with Ham Kam. They have been effective going forward of late, having scored 11 goals in their previous 6 matches. But they have been somewhat leaky at the back, having also been scored against in all of those same outings.

Molde haven’t lost in the league to Haugesund in their previous 12 matches. They also won the last 10 h2h matches in succession. Moreover, they remain undefeated in their last 5 league matches at home.

By the looks of things, expect a victory for toppers Molde this Sunday.