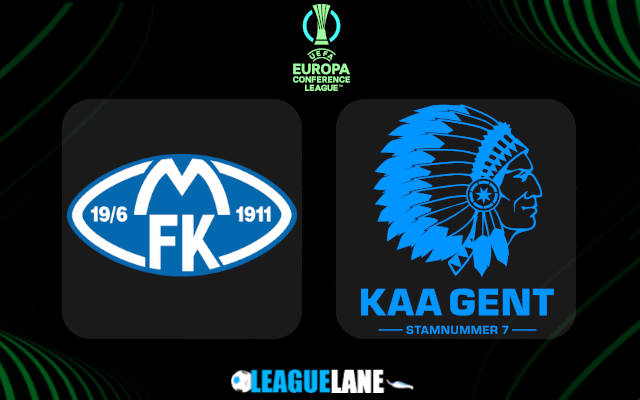 Not only are Molde the runners-up of the Norwegian league, but they are also in terrific form lately. They will hope to deliver a winning performance on this first match-day of the Europa Conference League against the struggling Gent.

Gent settled for a mid-table finish the previous season in the Belgian top flight and this has failed to motivate them to try harder this time around. Most of their recent fixtures ended in losses for them and they are letting in goals in huge numbers, too.

Particularly on the road, they are in a mess, and their defense is in an even bigger mess.

Meanwhile Molde missed out on the title of the last season in Norway by just three points, but they scored the most number of goals of all the teams in the competition. In fact, they scored ten more goals than the next best offense in the tournament.

They are on a winning streak at the moment and particularly so in front of their home crowd they are just on fire. They built a huge momentum because of these results and will try to absolutely use that in this upcoming encounter.

By the looks of things, expect a dominant victory for Molde.

Molde are on a four-game winning streak and they scored 12 goals from their past three fixtures combined. Do also note that they won 22 of their previous 26 matches, and throughout the stretch they scored goals in huge numbers.

They lost just once in front of their home crowd in the past four months and were defeated just four times in the past ten months as well.

On the other hand, Gent lost four of their previous five games and they were winless in eight of their past eleven fixtures. They also registered just two wins away from home in the past four months.

By the looks of things, expect a victory for Molde this Thursday in front of their home crowd.

Tips for Molde vs Gent