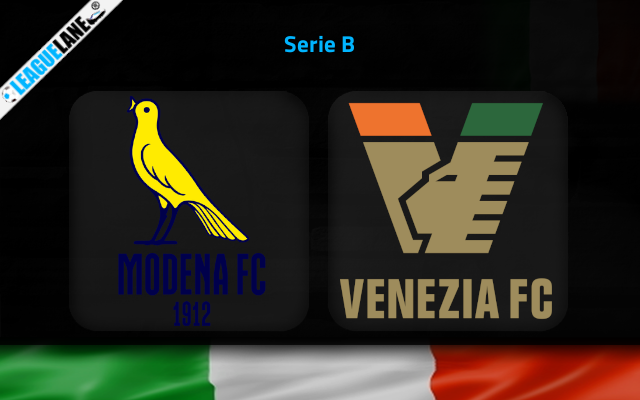 Modena vs Venezia Predictions and Free Tips from our expert tipsters when the teams go head-to-head in the Italy Serie B on Thursday, 8 December 2022.

Modena have managed to deliver impressive performances over the last fortnight. As a result they have climbed up a couple of positions and are currently at 10th position with a total of 20 points.

Thursday’s league fixture is their best chance to maintain the current unbeaten thread. Their opponents are current 18th placed Venezia. They are the second worst team in the league with just 15 points.

They have locked horns five times and the overall wins were evenly split, with two each for both teams.

At this stadium, both teams have won one game each and have a tally of two goals coming from Modena and two for Venezia.

Who will win the match between Modena vs Venezia?

Looking at Modena’s current overall form and home form, they have a high chance of sealing a win. Furthermore, Venezia have been in a poor form since the beginning of this season. Therefore, the home team will expect nothing less than a three pointer.

This is a match-up with a good chance for over 2.5 goals FT. Because both teams have been involved in affair having over 2.5 goals of late. It should be mentioned that Modena has scored six goals in the last three games.

Both teams to score trend is likely to come in this game for sure. Modena, who are in comparatively a better form, have conceded goals from the away side in the last three games.

Venezia, who have scored in their last three games, is likely to find a chance to score past this Modena defense.

Considering all these observations, we like to back Modena to win as the main bet. The over 2.5 goals & both teams to score option is a decent bet to choose as the second.