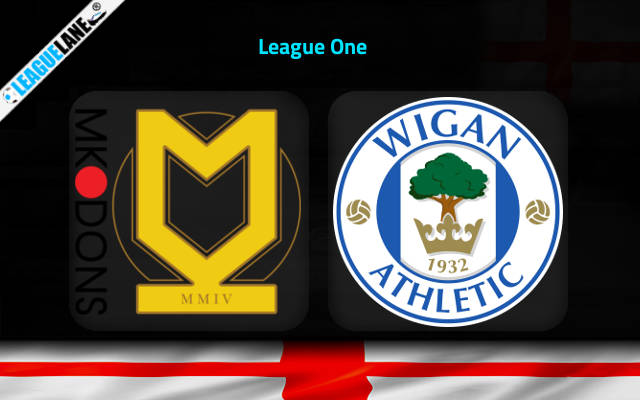 Wigan Athletic are second in the league after back to back league wins. In the zone for Championship promotion, they have lost only once from the last 7 league games.

Milton Keynes Dons are just below them with the same points, and they have won the last 5 league fixtures in a row.

Having scored at least twice from the last 5 games and leading the Play Offs, the hosts are set to welcome the Latics this Saturday for the 38th round of League One.

The Latics are at the 2nd spot on the standing with 72 points from 34 games. They won 22 times in the league while drawing and losing on 2 matches each. They scored 59 in total while conceding a sum of 32 up to this point.

Wigan won back to back league games against Fleetwood and AFC Wimbledon maintaining a cleansheet. Leam Richardson’s men have managed to stick the ball in the net a total of 8 times in the course of their latest 6 matches. The number of goals that have been scored against them during that same comes to 6.

On the other hand, The Dons resides just below them at the 3rd position on the table with 57 points. Of the 35 matches played, they won on 16 games while drawing on 9 and losing on 7 other occasions.

MK Dons registered their 5th consecutive league win over Cheltenham in the last week. Their most recent results highlight the fact that they have a tight defense with the number of goals that have gone in at their end during their previous 6 games stands at 3.

We however feel that an away win is likely as Wigan are best on road winning 68% of the away games played with least number of appearances. Meanwhile, the Dons tops the away run but are only average at home fixtures.