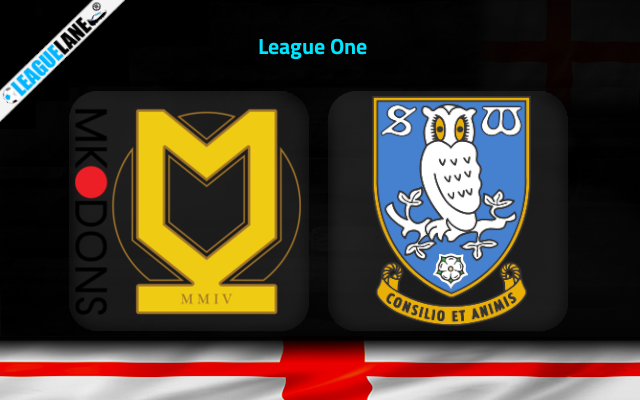 Both MK Dons and Sheffield Wednesday are enjoying an impressive form in the league lately. Both these outfits will meet each other at Stadium MK this Saturday in a League One fixture.

MK Dons sits second on the table with a total of 83 points. They will beyeing for a top spot which is currently four points away from them. We can see them possessing a strong offensive and defensive line-up and owning that, they will be having highest of spirits.

MK Dons were last seen playing a 1-1 drawn away League One fixture against AFC Wimbledon. With that win, they are currently following a streak of 15 subsequent unbeaten fixtures in the league. They will be hoping to extend such a thread with the aid of home advantage in the coming league fixture.

Meanwhile, Sheffield Wednesday have collected 9 points from the past five league fixtures to add up to a total of 73 points on the table for occupying the 5th spot. They have a decent offensive and defensive line-up and will be also possessing the same motivation MK Dons has.

Sheffield recorded a 1-1 draw at home against Bolton in their most recent league fixture to wove a thread of six subsequent unbeaten fixtures in the league. When looking at the past 15 league fixtures, they have only lost twice.

MK Dons have only lost once at home in the past 10 league fixtures. They have scored goals in 7 of those 10 home affairs. On the other side, Sheffield are unbeaten in four of the past 5 on road affairs.

Their recent form in the league is so impressive as both these outfits follows a set of unbeaten records. Therefore, we are backing neither of these two outfits. Instead we back the draw option for this one.