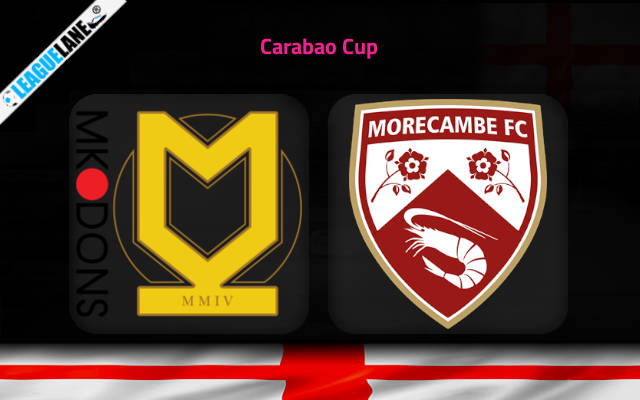 Currently both these teams are not in a good form. Both teams sit outside the top half of the table. Apart from that, both possess a poor defense.

MK Dons have suffered two defeats in their last four games. They won one and drew the other in the remaining two. Although nothing to highlight in their past four fixtures, their poor defensive line has surprisingly kept clean sheets in the last two games.

At the same time, Morecambe will head into this game winless in the last three games. They conceded goals in all those three fixtures. In fact, they have managed just one win in their last 8 League One games. They had to face five defeats in those eight games.

With such a poor run of form, their chances of success are slim. On top of that, they rather have an inferior head to head form against this opponent lately.

By the looks of things, expect a winning performance from the hosts MK Dons on Tuesday at Stadium MK.

The Dons’ Irish striker Will Grig is currently in great form. He has scored two goals in his last four games. Hopefully, he will be able to score against Morecambe’s defense which has conceded goals in the last seven games.

In addition, MK Dons won 2-0 in the previous match between these two at this stadium last April. Considering all these observations, we like to back MK Dons to secure a win.