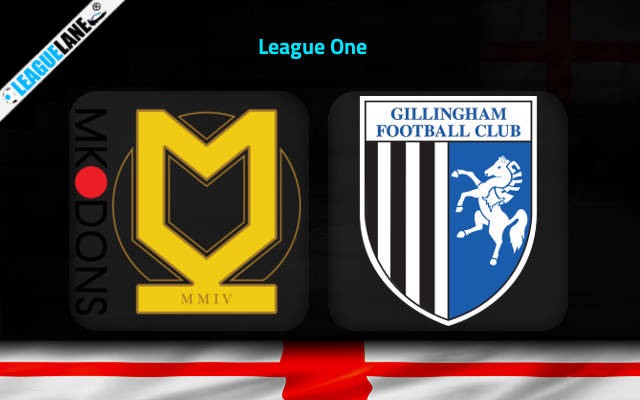 Milton Keynes Dons have had an inconsistent run of games throughout the season but their flurry of losses in recent fixtures have hindered them from potentially challenging for automatic promotion.

Gillingham meanwhile following a top half of the table finish in the last season are in the trenches of a relegation battle currently.

MK Dons will welcome Gillingham to the Stadium MK as these teams lock horns in a League One fixture this Saturday.

The Dons in their most recent fixture sealed all three points against Lincoln in a 2-3 win away from home.

Having taken seven points from their previous five league fixtures, the club is 7th in the league, a point behind the playoffs spot.

The Gills’ previous fixture saw them lose 2-1 against Fleetwood Town on the road. This marked the club’s 6th consecutive loss across all fixtures.

They are currently 22nd in the league table, five points behind 20th place Lincoln City.

Winless in eleven fixtures across all competitions and on a 6-match losing streak do not expect the Gills to challenge for any points in this fixture.

To add to that the hosts have lost just once in their previous five home fixtures. Considering the above I have backed Milton Keynes Dons to seal a comfortable win this Saturday.

Despite being in shocking form Gillingham has had very few issues with opening the scoring in recent fixtures. Having scored in four consecutive fixtures and nine of their previous eleven away games, I have backed goals from both teams in this fixture.

Furthermore, the Dons have conceded the most goals by teams within the first third of the league table.