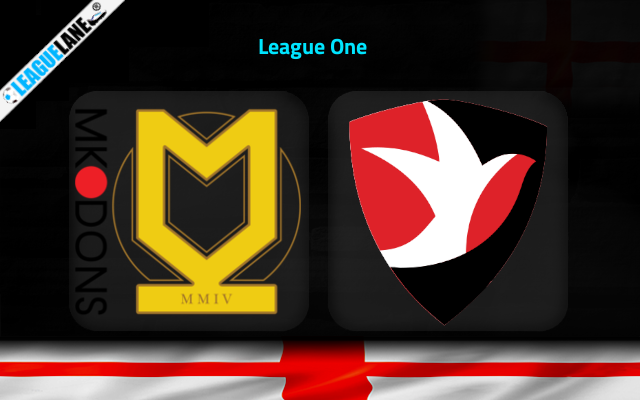 MK Dons are enjoying a pleasant League One season since the beginning. They have managed to record positive displays in most of their recent league outings. As a result, they sits 3rd on the table with a total of 66 points. They will be eyeing for a Championship promotion spot at the top which is currently three points away from them.

MK Dons were last seen on a League One matchday at home against Bolton. The match ended up as a 2-0 win for them. With that win, they have managed to stay unbeaten in each of their past 8 games. On the back of such a strong set of display, they will be having highest of spirits.

Meanwhile, Cheltenham are having a fluctuating form in the league of late. They have failed to record enough of wins. Hence, they are positioned outside the top half of the league table. They have a total of 41 points. They will be hoping to better themselves by gaining the momentum which is missing for them since the beginning of this season.

Cheltenham have conceded a defeat in their most recent league fixture at home against Crewe. They leaked two goals while scoring one in that match. With that defeat, they are now on the back of three winless games. In fact, they have only won two of the past 15 league fixtures.

Analyzing all the above stats, we expect a win for the hosts at the end of this one. Their h2h trend suggests a high scoring affair at Stadium MK on Tuesday.