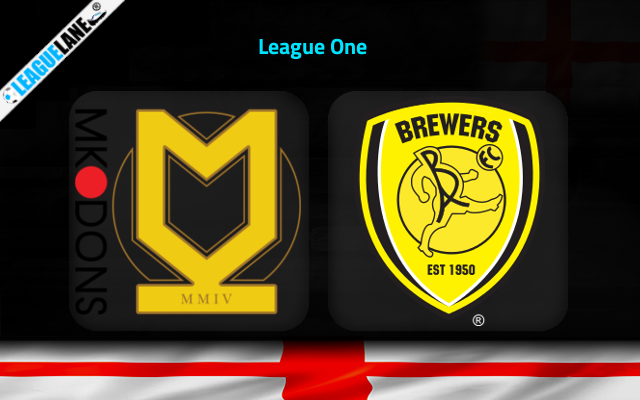 Burton will visit Stadium MK on Saturday for the League One clash with home side MK Dons.

Both teams have been going through a disappointing stretch of performances since the start of the season. As a result they are placed inside the danger zone in the league table at present.

MK Dons will head into this fixture after suffering a 3-1 defeat against Barnsley in the previous fixture. This defeat extended their winless streak to three games.

Going on, their offensive side have managed to score at least one in three of the past four league fixtures. The problem for the team lies in their defensive line which allowed a total of six goals in the previous three league fixtures.

The team stands at 21st position in the league table. Since all the bottom-three outfits are points level with MK Dons, a win is essential for them to find a spot outside the danger zone before any of them finds.

It seems that they have a great opportunity to pave their way from this fixture. Because they are pitted against Burton who lost more than they won and drew combined. Moreover, they are at the 22nd spot of the league table at present.

On top of that, they are on a four-fixture winless streak in the league and have lost two of those leaking goals in a worrying fashion. For all these reasons, expect a victory for the hosts MK Dons on Saturday.

It seems to us that MK Dons should be able to convert a few of the chances they create. At the same time, Burton might well find it difficult to score themselves but might score one past this MK Dons defense.