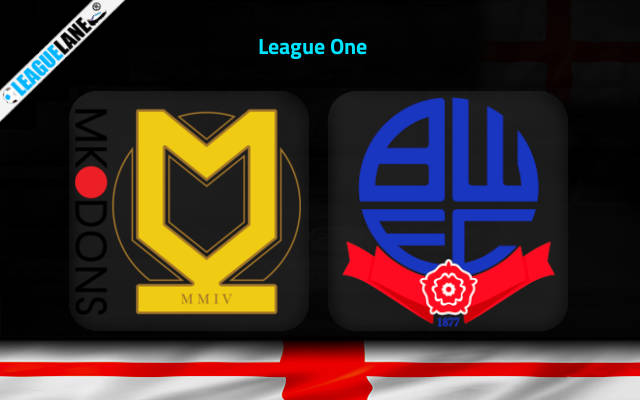 MK Dons have dropped very few points over the last few weeks; however, they need to keep up this form in the remainder of the season if they need to give themselves a chance at automatic promotion.

They were last seen at London in an away fixture against Charlton Athletic, in which they sealed a 0-2 win. This marked their 3rd win in five league matches.

Further managing a couple of points through draws from those games, they now occupy 10th position in the league standings and are five points behind a spot in the playoffs.

Bolton were promoted straight back to League One after a year long stint in the fourth tier of English football. The club for much of the season looked destined to finish in the bottom half of the table.

However, with recent near perfect performances, the club is looking likely to challenge for back to back promotions.

On their last matchday, they took all three points at home against Lincoln City. The result marked the club’s fourth win in five league matches.

With just a loss in their previous ten league matches, the club is 10th in the division, five points behind a spot in the playoffs.

The hosts have scored more than a goal just once in their last eight home matches. It is unlikely we see them break this trend against an in-form Bolton team.