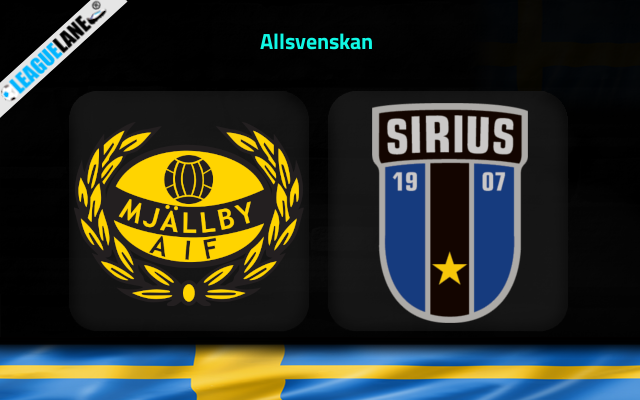 Mjallby were having an unbeaten streak for 14 games in all competitions before recording a defeat in their most recent league fixture against Hammarby on road. Following such a set of long positive recordings, they will be having highest of spirits. The previous negative result might not affect the momentum of them for sure.

Meanwhile, Sirius had a strong start to this season. They won two and drew one of their first three league fixtures. Currently they are at the fourth position of the table and will be hoping to secure it by bagging points from the upcoming outings.

Sirius have been also following a strong form of late. Unlike Mjallby, Sirius have recorded more numbers of negative results. Anyways, they would be also having competitive spirits as they opened up with unbeaten fixtures this season.

Mjallby have only lost twice in the past 15 home fixtures across all competitions. They have also succeeded in scoring goals at a good rate here of late.

On the other side, Sirius are winless in 7 of the past 10 on road fixtures in all competitions. They lost four of these 7 winless fixtures leaking two or more goals.

Analyzing the above stats, we are left to back Mjallby considering their decent form at home in the recent past. Also, we expect one from this Sirius side who looks to have enough of potential to put one past Mjallby.