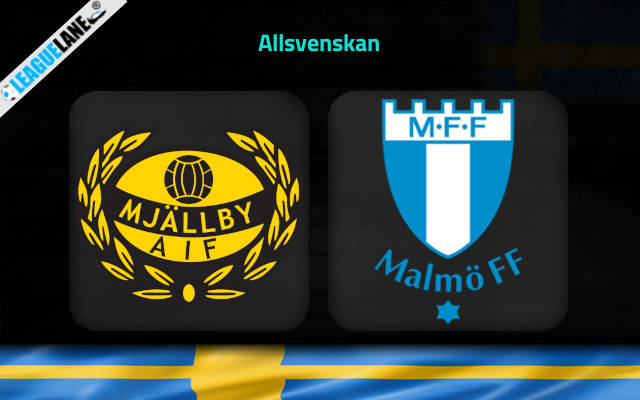 Mjallby will have a very tough task to terminate a three-loss run in Gameweek No 12 as they play host to table-toppers Malmo on Saturday afternoon at Strandvallen.

Christian Jardler’s job may well be on the line if he fails to shift his team’s fortunes around any time soon.

Mjallby have not been pulling up any trees since the start of the month. They lost three out of three games in July.

Such a devastating spell of form dropped the team to the 13th place in the Allsvenskan standings, right on the brink of the relegation area.

The latest of the failures came six days ago when Mjallby lost 3-2 away at mid-table IFK Goteborg, conceding the match-winner seven minutes from time.

Malmo will enter the game in much higher spirits, following a demolishing 0-5 victory over Degerfors at Stora Valla.

It has been a one-way street ever since Antonio Colak opened the scoring 17 minutes in for Malmo.

The reigning champions went on to bag four more goals later on against a team that had earlier won three of four home fixtures this season.

The only slight problem may lie in fatigue as the match against Mjallby comes right in between a Champions League double-header with Finnish champions HJK.

Mjallby have really been struggling to keep things quiet at the back lately. They’ve shipped six goals during a three-loss streak. This will be the music to the ears of Antonio Colak who bagged six goals in his last five appearances for Malmo.

The Croatian forward is 2.05 to score anytime here. We will, however, take the safer route (Colak might be rested in between two Champions League games against HJK) this time around and back Maklmo to win at the 1.61 odds. You can also have the free-scoring visitors to find two or more goals on Saturday at the odds of 1.66.