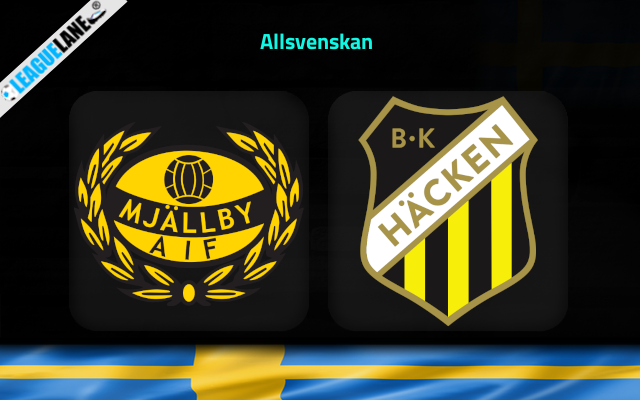 Mjallby have opened up this season’s fixtures with decent momentum. They recorded impressive outcomes in the beginning but failed to maintain the consistency further. Currently, their form is inconsistent and have pushed themselves to the 9th spot of the table.

Mjallby recorded a 0-1 win against AIK on road in their most recent league fixture. They were on the back of five winless games in the league before recording the above win. Therefore, they will be hoping to make that win count to gain some consistency.

Hacken have recorded a 1-1 draw against Elfsborg at home in their most recent league fixture. The above draw have woven a thread of 9 unbeaten games in the league. Anyaways, the recent recordings of back to back stalemates is not so impressive for an outfit occupying the top spot.

The unbeaten form of Mjallby is impressive despite of their overall inconsistency. They are yet to record a defeat at home this season. However, half of them were drawn outcomes.

On the other side, Hacken is also having an unbeaten form on road this season. They are also yet to record a defeat on road and follows a streak of unbeaten run for six games.

On top of that, Hacken have an upper hand in the recent head to head meetings with Mjallby. Therefore, we back Hacken to seal a win from this fixture.