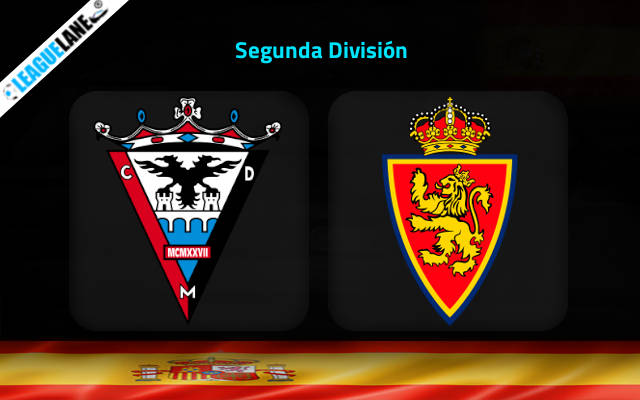 Real Zaragoza managed to recover from a poor start to the new season with back-to-back wins over Ponferradina and Sporting Gijon in the previous two rounds.

The team led by Juan Carlos Carcedo had previously claimed just two points from the inaugural four outings of the season.

The mentioned successive wins have boosted the team’s spirits and the best part is that Zaragoza will have a nice chance to keep such stellar form going on Saturday afternoon when they come face to face with struggling Mirandes.

The hosts are not pulling up any trees at the beginning of the season. They took just a couple of points in the opening six rounds of the campaign.

Joseba Etxeberria’s troops have big issues with the lack of defensive meticulousness at the beginning of the season.

They have already conceded eleven goals in six outings which is too many for this division’s standards.

Mirandes shipped at least two goals in three of the last four league outings. They have lost four of the previous five games in the competition.

It is also very interesting to note that only one of their players has managed to find the back of the net in this term of Segunda Division.

Raul Garcia has scored all of his team’s four goals so far in the season. If Zaragoza find a way to stop him, they will do half the job on Saturday.

Real Zaragoza will come into this in much higher spirits and we can find the value in backing them to see off Mirandes at the odds of 2.45.

The best pick for this game, though, is Under 2.5 goals FT at the 1.61 odds. Each of the last five head to head encounters between these two teams ended with fewer than three goals scored and neither of the two sides has shown decent offensive form in the early stages of the season.