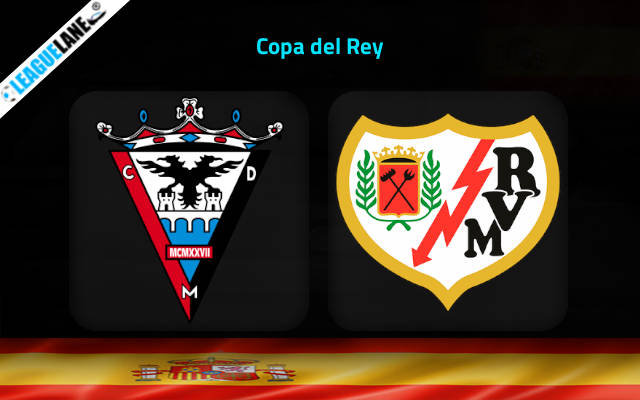 Vallecano are in great form, and are gunning for a podium spot in the Spanish top flight. They are scoring goals at an impressive rate, and frankly, their few losses this season have come against some of the absolute best teams in Spain.

Meanwhile, Mirandes are struggling to climb into the top half of Segunda standings. They are on a severely inconsistent run, and are conceding goals in huge numbers.

Even at home they have failed to have a decent campaign in 2021-22, and they also have a poor h2h record against this foe over the years.

For the reasons, expect a win for Vallecano this Wednesday.

Mirandes were winless in 12 of their past 18 fixtures, and they have managed to win just three times at home in the past three-month period. Do note that they have conceded two or more goals in seven of the preceding eleven home appearances as well.

On the other hand, Vallecano had won four of the former six games, and they are also on a run to climb into the top-five of the table. Moreover, they have the experience of regularly locking horns with some of the best teams in Spain.

Taking into account these observations, expect a win for Vallecano this Wednesday at the Estadio Municipal de Anduva.

Tips for Mirandes vs Rayo Vallecano