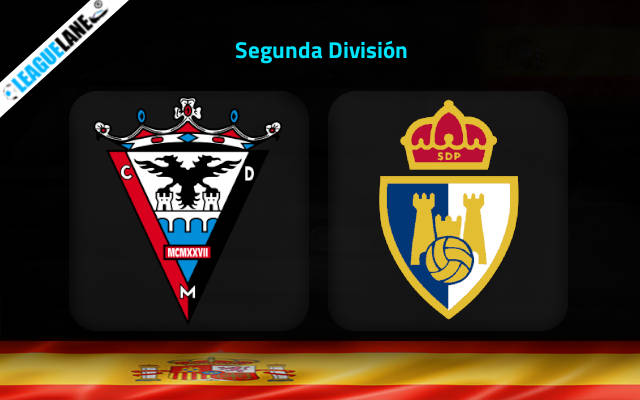 Mirandes vs Ponferradina Predictions and Free Tips from our expert tipsters when the teams go head-to-head in La Liga 2 on Saturday, 17 December 2022.

Mirandes got their fifth win of the season as they defeated Racing. Looking at the bottom ten teams, the host have the best form.

At the same time, Ponferradina’s four-game winless streak finally came to an end as they defeated Lugo by 1-0. Jose Naranjo received a red card in that game, therefore he will miss this upcoming fixture.

The visitors have won five of the last six head-to-head meetings. In the last three meetings at Estadio Municipal de Anduva, the host have won only once.

Both teams last met in March this year and the host won that game by 3-1.

Who will win the match between Mirandes and Ponferradina?

The visitors have a good record against Mirandes. However, this year they have not played well. They are currently on an eight-game winless run away from home. Also, they have lost nearly half of their league fixtures till now.

At the same time, the host have made good progress in the last two months. Therefore, Mirandes will most likely win this fixture.

The visitors have scored at least one goal in their last six meetings against this team. However, looking at their most recent league form they have not scored in their last two away games.

Both teams have scored in three of the last five overall meetings.

Ponferradina’s good record against Mirandes is now outdated. The visitors are close to the relegation zone.

Therefore, the first tip is that Mirandes will win this game – at 1.95 odd. They are unbeaten in four of the last five outings. They have played well against the bottom teams this season.

Our second tip is that Under 2.5 goals will be scored – at 1.70. The visitors are yet to score an away goal this month. Also, when these two teams played back in 2020 the game ended with less than two goals.