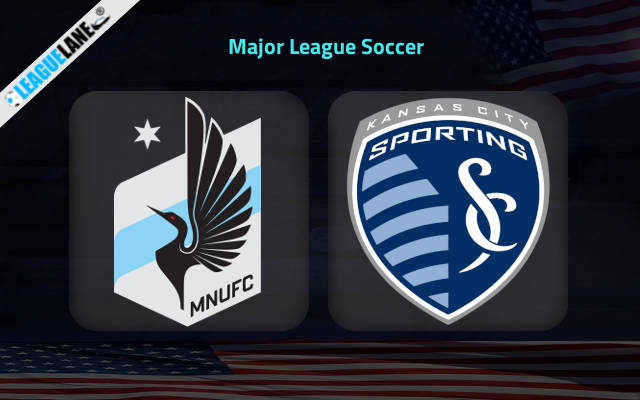 Matchday 21 of Major League Soccer will be starting this week as Minnesota play host to Sporting Kansas City. Both these sides are in the Western Conference and will be seen crossing swords at Allianz Field, this Wednesday.

Minnesota is at the 6th spot with 27 points from 19 games. They won and lost 8 times each in the league while having drawn on thrice other occasions. Within the zone for Play Offs, they are tally on points with Los Angeles FC and Nashville FC.

We might see some goals in this one, with the last 5 games involving Minnesota United has ended with 3 or more goals being scored. The hosts will want a repeat of their previous result, being a 3-1 MLS win over Vancouver Whitecaps. Matches involving them have proved to be absorbing ones lately with high scoring being a real hallmark.

On the other hand, Sporting Kansas City resides at the 13th position on the table with 19 points. Of the 20 matches played, they won 5 times in the league while drew on 4 and lost on 11 other occasions. They have one of the awful defensive lineup in the league, having conceded 34 goals so far.

Sporting Kansas City head into the match after a 1-2 MLS win as they beat Montreal Impact in their last game. They have been scored against in 5 of their last 6 matches, conceding 8 goals overall. The side also need some improvement up front.

Minnesota United have won their last 3 MLS games in a row. All those games saw them netting 3 goals each. There has been a total of 20 goals in the last 5 games for The Loons, both home and away.

Meanwhile, Sporting Kansas City will need to improve their attack if they’re to get anything out of this game. They have not scored in 2 of their last 3 matches coming here. They even lost their last outing to Allianz Field by 2-1 margin.

By the looks of things, expect a victory for Minnesota this Wednesday.