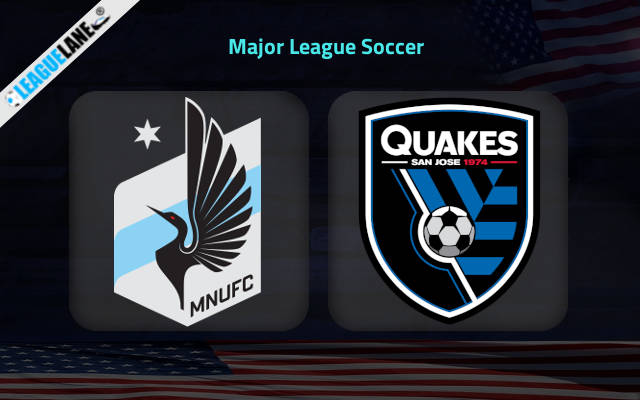 Luis Amarilla made the difference by netting the only goal of the game just after the break, helping his team maintain the unbeaten run at the start of the season.

Head coach Adrian Heath can be thrilled with his men’s defensive showings as the Loons allowed just two goals in maiden three matches despite a tricky schedule along the way.

Minnesota United will have a great opportunity to back up the last weekend’s win on Saturday evening when they play host to struggling San Jose Earthquakes at Allianz Field.

The Quakes got off to a completely opposite kick off to the campaign. They have shipped at least two goals in each of three matches so far, claiming only one point in the process.

That lone point came a fortnight ago when Cristian Espinoza notched two late goals to level the score at 3-3 against Columbus Crew.

Espinoza’s two goals came at the moment when the Quakes were down to ten men on the pitch.

San Jose Earthquakes are second from bottom on the West with eight goals conceded in the opening three matches.

We can hardly imagine any other scenario but a commanding home win here based on everything we have seen form these two teams in the early stages of the season. You can back Minnesota United at the 1.61 odds, while the braver tipsters can try with the Loons to win by two or more goals difference at the 2.65 odds.