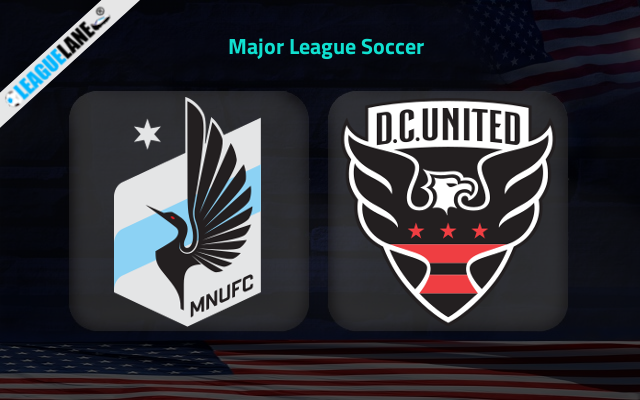 Minnesota had an average start to this season. Their recordings in the first five fixtures were mostly winless and were outside the safe zone of the Western Conference table. However, they have gained the much needed momentum and have climbed up to the 6th spot at present.

Meanwhile, DC United had an average start to this season. Instead of bettering that, they turned disappointing by recording dreadful outcomes. They are currently at the 13th spot of the Eastern Conference table with the possession of an average offensive and a disappointing defensive line-up.

We can see Minnesota recording a 1-3 win against Vancouver Whitecaps on road in their most recent MLS fixture. With that win, they are following a winning streak for three games in the league. They will be hoping to record those more from the upcoming league outings.

Minnesota were having a disappointing home before playing Real Salt Lake in their most recent league fixture here. They sealed a 3-2 win against them to end up a winless run of two games at home.

On the other side, DC United recorded a demotivating 7-0 defeat on road against Philadelphia Union in their most recent league fixture. It was their fourth defeat in the past five league fixtures. They will be hoping to better themselves by recording positive displays further.

DC United possesses a dreadful form on road too. They are winless in four of the past five league outings on travels. Three of them were negative displays too.

Analyzing all the above stats, we are left to back Minnesota to seal a win from this MLS fixture against DC united on Sunday.