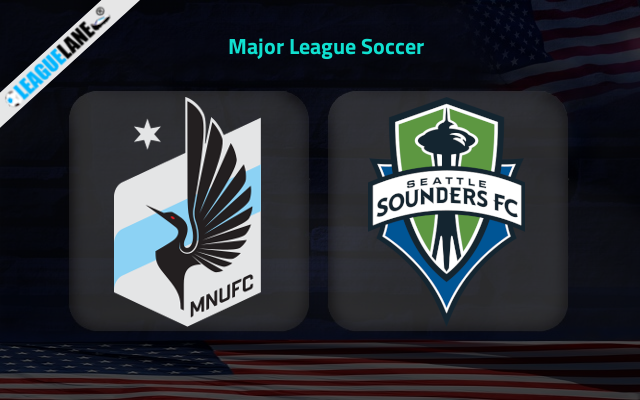 Minnesota United had a positive start to this season. They have managed to stay unbeaten in each of their first four fixtures and will enter the fifth one with the hope of recording another one of those. Their current form allowed them to occupy third spot on the table.

Minnesota possess a satisfying offensive and defensive lineup who have displayed decent goal numbers. Their defense breached twice of those four games, which resulted in the rejection of two victories for them. On the other side, their attacking side scored in each of those four fixtures.

Meanwhile, Seattle Sounders had an average start to this season. They are having a seesaw of form. As a result, they sits 11th on the table. They will be hoping to climb up to a position where they could be safe enough to end up in a promotion zone position at the end of this season.

For that, they should have the consistency which is missing for them currently. They played a 1-1 draw against Austin FC in their most recent league fixture to record their third winless outing of the total for this season so far.

Minnesota have only lost once in the past 9 home fixtures including the past season recordings here. Five of them were a positive display. Also, they have started off this season’s home fixture with a clean sheet victory.

On the other side, Seattle Sounders are winless on road since many games. They have been leaking goals too. Considering that, we can’t expect them to be on the winning side at the end of this one.

Therefore, we are backing Minnesota to seal a win on Sunday when they meet Seattle Sounder in an MLS fixture at Allianz Field.