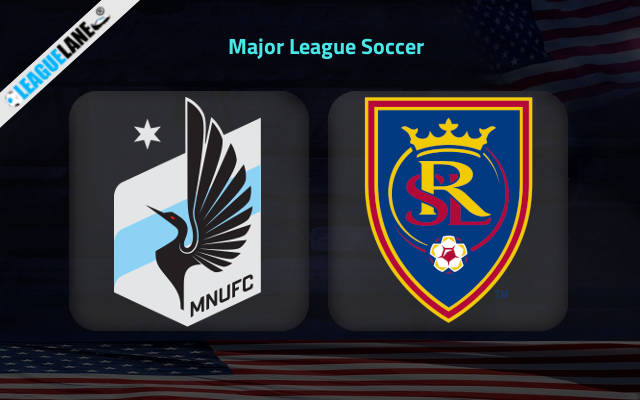 Gameweek 18 of Major League Soccer is being scheduled Western Conference as Minnesota United play host to Real Salt Lake, where both these sides differ by 8 points and 6 places. These two sides will be seen battling it out at Children’s Allianz Field, this Monday.

Real Salt Lake is at the 3rd spot on the standing with 29 points from 17 games. They won 8 times in the league while drew on 5 and lost on 4 other occasions. The visitors have seen netting frequently but they tend to concede more of the same which hints that some defensive adjustments is needed.

Previously, the visitors had a goal-less draw in the MLS tie with Columbus Crew. A series of effective displays by the Real Salt Lake defenders has resulted in their conceding tally standing at 4 from their previous 6 clashes in total. During the same time, their own forwards have bagged a sum of 10.

On the other hand, Minnesota United resides at the 10th position on the table with 21 points. Of the 17 matches played, they won 6 times in the league while having drawn thrice and lost on 8 other occasions. Their struggles at the defensive end of the pitch has also been another key factor as they have conceded 21 goals so far.

The Loons will be looking for a repeat result of the 3-2 league win against Los Angeles Galaxy. In the last 5 matches for Minnesota United, 4 of those games has ended with both teams scoring.

Real Salt Lake will be looking to keep up the momentum today as they have lost just once from the last five fixtures. They have even kept 3 clean sheets in their last 5 games alone.

Meanwhile, Minnesota United are on a poor run of 9 matches in Major League Soccer in all of which they have conceded more than once. They even lost twice from their last 3 home matches.

Considering their past h2h stats and form, we feel that a win or draw for Real Salt Lake seems to be the safe option to go for.