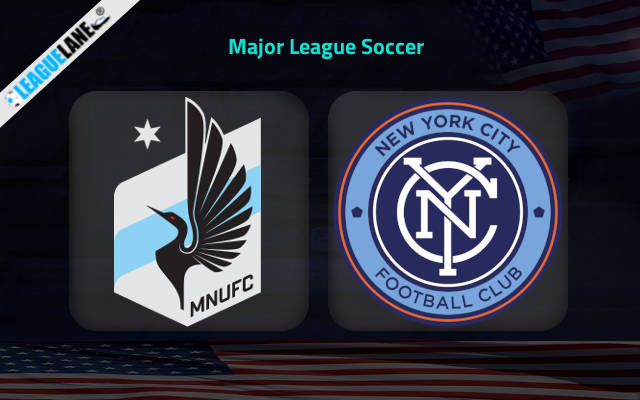 Minnesota United has played with an inconsistency in their performance this season. The team may be in a form for a couple of matches when the form drops, leading to cold streaks for the team. From the last ten matches, the team has got four wins, one draw and five losses to their name. Their performance has placed the team ninth on the western conference table with 18 points from the matches.

Minnesota United played their last match against Dallas. Minnesota scored two goals in the match while Dallas could score only one, ending the match in a win for Minnesota with 1-2 FT score.

New York City played their last match against Chicago Fire. New York scored the only goal of the match in the 23’ minute and maintained the lead for the rest of the evening. The match ended with 1-0 FT score.

The hosts will have a hard time when they play against New York City in the upcoming match. New York is unbeaten in the last seven matches and has kept a clean sheet in the last five consecutive matches.

Minnesota has got mixed results from their home matches this MLS season. From the seven matches played, they have won in three, drawn in two and lost in two. New York is back in their winning attitude in away matches with their last win against D.C. United. The team has won in four of their road trips so far.

Looking at the records, we can expect the match to end in a win for New York City. New York has kept a clean sheet consecutively in the previous matches and can be expected to do so in this match as well.